[Update at 16:15 PST Tue Dec 28: Groupon creator and CEO Andrew Mason has confirmed via Twitter that the company is closing a new round, though details have yet to be disclosed. Tweet screenshot below.]

Less than two weeks after we reported that Groupon was looking for some new funding, the e-commerce company on everybody’s mind has reportedly raised a $950 million Series G round of preferred stock, according to private equity and venture capital site VC Experts. The article says we should see a Series D filing with the exact amount of the round sometime next week.

There has been no official comment--denial or not--made by Groupon.

Details of the round from VC Experts:

There are a few key differences in terms and pricing between the Series G and its Series F, raised in April. The $135 million Series F, led by Digital Sky Technologies, was priced at $32.12 per share and was junior in liquidation preferences to all preferred shares. This round is priced $.53 less, at $31.59 per share and is senior to all. The latest filing also increased the authorized shares of voting common to 250 million shares, and if all of them are issued, Groupon's valuation could be as high as $7.8 billion.

Groupon last raised funds back in April, in a $135 million round led by Digital Sky Technologies (DST), which also owns large stakes in Facebook and Zynga, with participation from previous investors Battery Ventures, Accel Partners and New Enterprise Associates. That was the biggest round for Groupon by far, bringing the company’s total funding to around $175 million.

It hasn’t even been a month since Groupon hit headlines--from tech blogs to mainstream news--for turning down Google’s $6 billion offer for the company. By this point, pretty much everyone has argued why Groupon made their decision and whether it was wise or not, but the company has remained mostly mum so far.

A new funding round of this magnitude would help the company pin down international expansion and fend off the numerous Groupon clones, 12 of which Faith Merino covered for the 12 days of Christmas. (Groupalia was the last one.)

Groupon is estimated to be making about $600 million in yearly revenue, though some sources put that number as high as $2 billion. 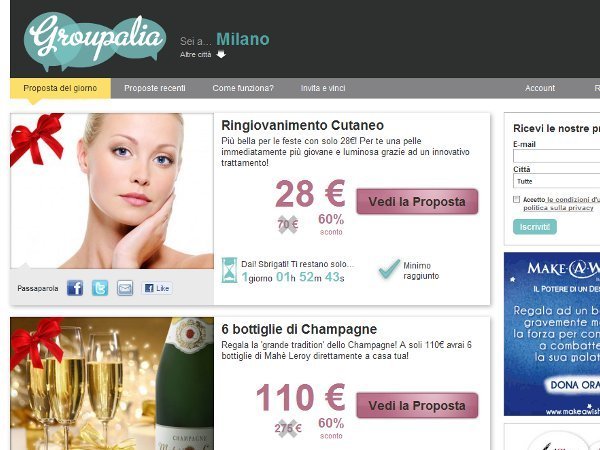 Groupon clone of the day: Groupalia 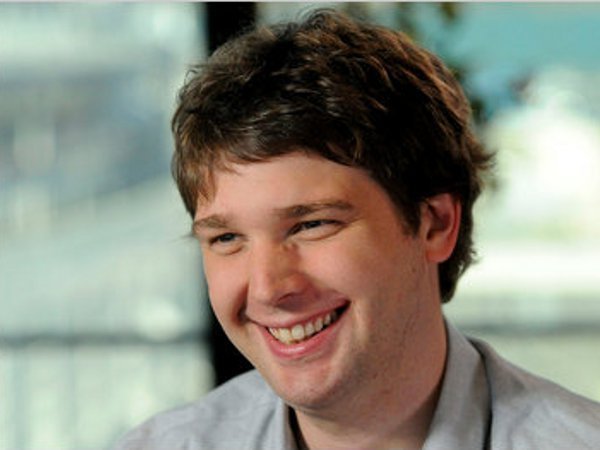