Sources say three versions of the iPad are in development to support Wi-Fi, CDMA, and UMTS

The much anticipated iPad 2 may have some surprises in store.  No less than three different versions of the iPad 2 are in development to support Wi-Fi, UMTS, and CDMA—which could mean that Apple is developing an iPad specifically for Verizon’s wireless technology (which uses both CDMA and UMTS).  The news comes from industry insiders who spoke with DigiTimes, which recently reported that Apple is also preparing to ship 5-6 million Verizon-compatible iPhones in January 2011.

Apple will begin mass manufacturing the three different iPad 2 versions in January for release later in 2011, reported DigiTimes.  Apple will be shipping between 500,000 and 530,000 units in January, with a Wi-Fi/UMTS/CDMA ratio of 3:4:3.

The sources added that currently, some 60-65% of all iPad shipments are for the 3G enabled model, indicating a preference among consumers for an iPad that can access the Web at any time.  Verizon currently sells the Wi-Fi iPad bundled with Verizon’s MiFi 2200 wireless modem, a lightweight, credit-card-thin modem that users can slip into their pockets or bags to create a personal Wi-Fi cloud everywhere they go.  The telecom carrier began selling the iPad back in October, but Apple would not comment at the time on whether or not it was going to engineer a CDMA-compatible iPad so that Verizon users wouldn’t have to bother with a separate modem.

No doubt, Apple wants to give more options to users who want an iPad that can access the Web wherever they go, but Verizon’s current offering is less than stellar.  While the Wifi+MiFi modem bundle costs as much as an iPad 3G, why would consumers want to pay that much to carry around more stuff when they could just go with the 3G iPad and not have to worry about losing or forgetting their modem?

Verizon isn’t Apple’s only concern.  The company is also keeping Amazon and its e-reader, the Kindle, in its sights as well, the sources said.  On top of its wireless features, Apple is also directing more engineering energy into the iPad 2’s anti-smudge and anti-reflective screen to compete with the Kindle, which can be read outside in direct sunlight without any glare or reflection.

Apple’s supply chain has shipped an estimated 16 million units throughout 2010, and DigiTimes’ sources estimate that the company’s shipments in 2011 will reach 40 million—roughly the equivalent of iPhone shipments this year. 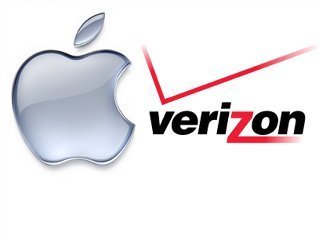