Not really. Investment is down and so is the average investment per deal

Is there a bubble in seed stage investing? Critics point to Twitter raising $200M at a $3.7B valuation, and Facebook being valued at $35 Billion, or Groupon at $6B valuation just 6 months after raising a $135M round at a $1.35B valuation as evidence of  a bubble. The Economist seems to think there is a bubble. Eye popping headlines, but the reality of seed-stage investing is very different.

Twitter, Facebook, and Groupon are not seed stage investments. These are late rounds in companies with significant traction, user bases, and revenues. Are they overvalued? Maybe. But, the best properties always look too expensive. It is only years later that those high prices look pretty reasonable. Time will tell if that is the case here.

Here are the raw numbers from the Center for Venture Research at UNH.

VCs doing less seed stage, Angels doing more - Venture Capital firms are doing far less seed stage investing than in years past. This is due to VC Firm economics. VC firms that have raised large funds need to make larger investments to put all that money to work. Their structure (number of partners, expense model) makes it very difficult to spend any time with small seed stage investments.

The Rise Of Super Angels - With VCs moving up market to invest bigger dollars it has left the seed stage to Angels or Super Angels. Here again, the headlines are misleading. A few high profile investments in hot seed stage startups has led many to declare a bubble in seed stage.

Fred Wilson of Union Square Ventures said at the recent Web 2.0 conference "the seed stage investing environment is “getting overheated, people are getting crazy, they’re showing up to their first meetings with term sheets.” "We are seeing two to three person teams receiving $30, $40, $50 million dollar valuations on their first rounds, I think that’s not right”.

How are seed stage vauations determined? It is an art, not a science. The truth is no one really knows the correct valuation for two guys and an idea. So, the normal approach is to value it somewhere between $1M and $3M. It depends on things like; experience of the team, innovation of the idea, valuation of similar companies, growth prospects for the market segment, total size of the market, cost advantage over existing competitors, traction of emerging competitors, etc.

Extrapolation to infinity - Bubble valuations happen when investors extrapolate the current state to infinity. Or, when they extrapolate the valuation of the market leader to a tiny startup. For example, if Groupon is worth $6B, then my Copypon.com is worth at least 1% or $60M. Sorry, but that is not the way it works. The market leader has huge market share, higher margins, and much higher vaulation than the 2nd, 3rd, or 4th place player. Typically the top four companies in any market own 95% of the market. Everyone else fights for the remaining 5% of the market and loses boat loads of money.

By now you can tell that I don't believe their is a bubble in early stage investing. There are certainly more deals happening, but they are mostly happening at reasonable valuations. Discipline is critical for seed stage investors. Long time investors like Ron Conway, Jeff Clavier, Mike Maples, First Round Capital, and otehrs will do well in this environment. Investors new to early stage investment should be cautious. 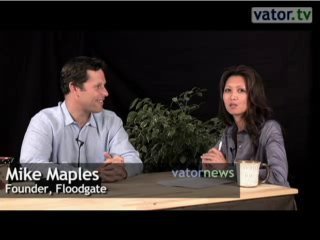 Is the angel-funding market frothy?