The Java-native cloud service provider is backed by Matrix Partners

CloudBees, a provider of cloud services for java developers, announced Monday morning the close of a $4 million Series A round led by Matrix Partners, with participation from JBoss founder Marc Fluery, and former JBoss VP of strategy, Bob Bickel.  There are a lot of former JBoss genes flowing through CloudBees.  The company was founded in January 2010 by former JBoss CTO, Sacha Labourey.

The company emerged from stealth mode in August with its development infrastructure, DEV@cloud, and went on to acquire InfraDNA, creator of the Hudson continuous integration server, an open-source project that life-cycle testing to catch bugs before they happen.  The acquisition resulted in Nectar 1.0, an update of InfraDNA’s Hudson continuous integration server and rebranded under CloudBees.

This fresh capital is only the first part of a multi-stage investment to enable CloudBees to build out a cloud-agnostic, cloud-native Java Platform as a Service that covers development services and production runtime for Java.  This round of funding will primarily be used toward marketing to shed more light on the product, but CloudBees has plans to raise future rounds to continue to build out the platform.  For the next round, Labourey hopes to land a west coast VC to balance out the company’s east coast presence with Matrix Partners.

“The cloud market is very young,” said Labourey, “so there is a lot of room for growth.”

This round of financing will also be put toward development of RUN@cloud, a production runtime currently in beta, which has been designed to cover the entire application management lifecycle, from development, through continuous integration and staging, to production and maintenance.

“PaaS is the next logical evolution of cloud computing, and the PaaS layer that CloudBees is building the future of how applications will be built and run,” said David Skok, General Partner at Matrix Partners, in a prepared statement. “We believe this represents an enormous market, and this team well positioned to execute on it.”

Skok was the original lead investor in JBoss, which was acquired by Red Hat for 2006 for $350 million.  Both Skok and Bickel will join CloudBees’ board of directors. 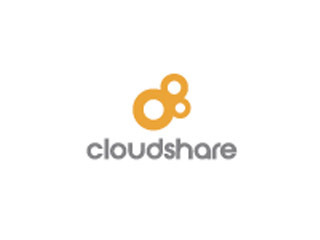