Kids want social media, but how do you do that while offering privacy and safety?

Keeping kids safe online is becoming increasingly tricky with social media playing a larger role in everyday life for most Web users.  At the recent Amplify event for woman-led startups, I met up with Hilary DeCesare, the CEO and co-founder of Everloop.  Everloop is a social network for tweens aged 8-13, and it’s currently in private beta mode, but will be going public in February.  As the oldest of 11 children, I have a steady supply of guinea pigs to test out new websites on, so this week I helped my 11-year-old sister sign up.  One thing that has become increasingly apparent to me is the fact that kids want social media just as much as anyone else.  While talking to two of my youngest siblings, 11-year-old Kieranne and 6-year-old Nico, about sites like Everloop and Club Penguin, I learned some surprising facts about what kids want out of social networking sites.

First of all, they want something that’s accessible and offers full-inclusion.  Club Penguin requires a membership, and only members get to enjoy certain site features.  For those unfamiliar with the site, Club Penguin is a virtual world for kids, who can choose their own penguin avatar and socialize in different “rooms” in the penguin world.

Nico is a Club Penguin member (you know those impulse buy candy racks at the front of the grocery store?  While the other kids ask for candy, Nico asks for a new Club Penguin member card, which is how he maintains his membership despite not having a steady income).  Kieranne, however, is not a member, and not only is she barred from certain members-only features, like being able to dress up her avatar, she has also found that in most cases, when she sends a friend request to a Club Penguin member, she’s turned down.  This bugs her, but she’s in Junior High and doesn’t want anyone to know that she plays on Club Penguin, so she refuses to get a membership.

A lot of kids also want age-appropriate content.  One thing that bothers Kieranne about Club Penguin is—surprisingly—the lack of supervision, which leads to a lot of inappropriate content swirling around the cute little brightly colored penguin world.  This doesn’t bother Nico so much because he’s still learning how to read, but Kieranne doesn’t like how many older kids use the website as a virtual dating world.  “Kids go on there and pretend they’re dating,” Kieranne explained.  I’m not sure if this “pretending” is sexual in nature, and Kieranne was shocked and appalled when I said the “S” word, but it does point to the fact that there are no social networks for younger kids (you have to be 13 to join Facebook), so they’re finding other spaces in which to socialize—and those spaces may or may not have any kind of security or supervision.

Which leads me to the fact that kids want to feel safe online. Kieranne has given Everloop the thumbs-up, based primarily on the fact that there are human monitors keeping an eye out for predators.  For example, if someone continually asks the same question over and over again (like what is your name, where do you live, etc.), that person is flagged, and repeat offenses will get that person bumped off. Everloop was designed with safety in mind, so there are five layers of security on the site, including human monitors.  I thought this would have been a serious turn-off for kids, but Kieranne, who watches the news more than she should, is relieved to know that there’s someone watching out for her.

But kids are a fickle group, so how does any social networking site hope to keep their attention?  Everloop hopes to do that by allowing kids to make and join groups based on their interests that they can then leave when they’ve lost interest.  So in Kieranne’s case, she made a group called the Best Desserts group, where members post pictures of their favorite desserts.  The site also offers a number of games and other activities, like the ability to make stickers and decorate your page, or prank another member with a “goob,” like toilet-papering that person’s page.

But now the real test: is this a site that kids would rather join instead of Facebook?  It isn’t that hard to lie about your age to join Facebook (several of my siblings have lied about their ages to join Facebook and MySpace).  So I took Kieranne aside—out of earshot of anyone else—and asked her if she has made a Facebook page, and if so, would she use Everloop instead of Facebook?

“If I had a Facebook page, I would do both,” said Kieranne, who swore that she didn’t have a Facebook page, but explained that Everloop doesn’t strike her as a Facebook alternative.  Rather, it’s a unique social network with its own offerings and features.  According to DeCesare, when kids reach an age where they can join Facebook, most end up using both Facebook and Everloop.

So after receiving a tutorial of Everloop, Club Penguin, the Annoying Orange, and Charlie the Unicorn, I walked away with the understanding that 1) kids are social, 2) they like really obnoxious, flashy things with annoying voices, and 3) despite that, they’re smarter than they look.

In March 2005, the founders of Club Penguin set out to create an ad-free, virtual world where children could play games, have fun and interact. As Internet specialists and parents, they wanted Club Penguin to be a place they’d feel comfortable letting their own children and grandchildren visit.

After months of consultation, research and testing, Club Penguin opened to the public in October 2005. Thanks to great reviews from players and parents, word quickly spread. In March 2006, Club Penguin launched on Miniclip, the world’s largest online game site, and rapidly became its number one game.

In August 2007, Club Penguin joined the Walt Disney Company in a partnership designed to provide access to unprecedented resources and unique development opportunities.

Less than a year later, in April 2008, Club Penguin opened its first international office in Brighton, England, in order to provide localised player support and moderation.

Club Penguin is privileged to be part of the Walt Disney Company, which shares its unwavering commitment to creating a fun and safe online entertainment experience for children and families.

At Club Penguin we believe everyone deserves a place to live, good health, an education and hope for a bright future. We're passionate about community engagement and we work hard to foster a culture of giving, both in the virtual world of Club Penguin within our company.

Club Penguin is headquartered in the beautiful city of Kelowna, British Columbia, Canada. 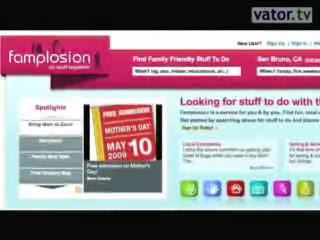 Find stuff to do with kids on Famplosion 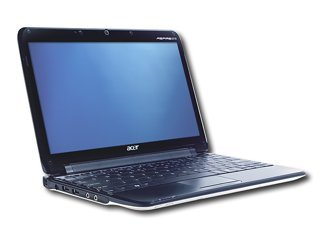 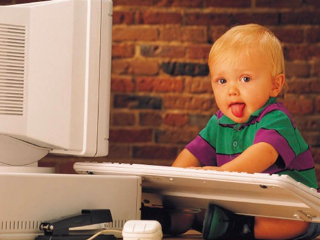