Rumors abound about a potential buy out of  Nuance Communications, a voice technology company, by Apple. The rumors began after comments were made by Apple co-founder Steve Wozniak during an interview with TVDeck.

JiWire, a mobile-based advertising company has acquired NearbyNow. Nearby Now is a location-based mobile shopping platform. The terms of the deal were not disclosed.

Phrases has knocked out FarmVille as the most popular Facebook app. The app which allows users to post random sayings to their friend feed, is not likely to stay top dog for long, since it pulled access for U.S. based users. FarmVille had been in the top spot since August 2009.

More than half of us will be checking our email over the holidays, according to a study by Xobni. Xobni is an email software company.  59% of U.S. adults, who have a job, will check their work email over holidays and 28% are expected to do so multiple times.

MyThings, a company that provides personalised retargeting services, raised $6 million in C series of funding. The round was led by T-Venture, and Deutsche Telekom’s venture capital arm. Other investors include Accel Partners, Carmel Ventures, Dot Corp and GP Bullhound.

Welocalize, a translation service, has raised $34M. The service can currently translate websites and marketing into over 100 languages.

Stoke, a company that re-routed mobile data usage to the web, raised $16 million. This brings the total amount that Stoke has raised more than $85 million.

Gifts.com and Hunch are teaming up this year to provide you with easier holiday shopping. By creating custom tatse profiles the two sites will make gift recommendations.

Badgeville raised $2.5 million. The site, which wants to bring the idea of check-in to websites, raised funds from eBay COO Maynard Webb, Panatir founder Joe Lonsdale, and several senior executives from PayPal, Chegg, Shopping.com, DrugStore.com, and Warner Music, in its A series of funding.

NearbyNow has created a customer service that allows you to search all products and sales in a shopping mall from your mobile phone or the Internet.

MyThings is for people with too much stuff. Or, conversely, people who don’t have that much, but really like what they own. We’re a free service that helps you organize your possessions online, whether that’s electronics, jewelry, antiques, or your vast collection of Smurfs action figures. We also provide services like valuation, accessories, manuals, repair info, recycling, donation, a one-click sell-on-eBay feature, and an easy way to report to Trace, a global database of lost or stolen goods.

MyThings actually grew out of Trace, which helps law enforcement ensure nobody is selling or buying stolen items. To help you avoid adding your prized possessions to Trace, MyThings has a rather intense privacy policy. We require no personal information aside from an email address (which we don’t reveal) to make sure you’re as anonymous as you want to be.

Of course, just because you’re anonymous doesn’t mean you can’t be friendly. Items you've added can be private and completely invisible or public and open to the community. The MyThings community is the heart of the site, and is full of lovely people who are passionate about the things they own and are there to share their stories. MyThings members connect with each other about the things they love most, comparing their experiences with digital cameras and appliances, or auction houses and antiques. 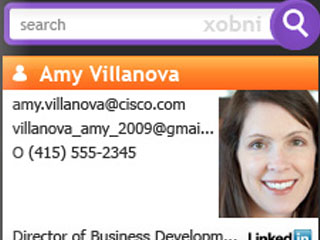