The local shopping site is providing a list of over 5,000 local Black Friday sales

Every year, on the day after Thanksgiving, my sisters and I wake up bright and early and brave the holiday crowds to snag us some deals.  It’s sick, I know.  But I always get such awesome deals!  This year, Milo.com is making your Black Friday attack plan easier to strategize by aggregating a list of local Black Friday deals.

The site, which tracks the real-time availability and prices of more than three million items across 52,000 stores, has aggregated Black Friday sale prices for over 5,000 products, ranging from toys and electronics to apparel and power-tools.  More deals and specials will be added through Friday the 26th (I’m so excited!!), and beginning Wednesday, the company will also allow shoppers to check up on local deals on the Milo Local Shopping app for Android devices.

Users can plan their deals according to categories (apparel, toys, electronics, etc.) or by specific stores, such as Target, Sears, Wal-Mart, Best Buy, and more.

"Everything we build at Milo.com is designed with the user in-mind—and we knew that shoppers wouldn't  want to wait in long lines or stand in the cold only to find that the products they wanted were sold out," said Jack Abraham, founder and CEO of Milo.com, in the company’s announcement. "With Milo.com, users are saved from the chaos that is Black Friday. Not only can they access thousands of Black Friday deals in one place, but they can also do real-time checks to see if a product is still in-stock at their local stores."

Which is brilliant.  Too often I have plotted and strategized meticulously—planning out my route and my time-table and even my coffee breaks (it’s best to shop with at least one other person so that someone can do the coffee run while the other person waits in line), only to get to a store and discover they’ve sold out of the gadget I was there to buy.  It’s demoralizing, to say the least.

Many are predicting higher sales rates than retailers saw last year.  According to the National Retail Federation, 138 million people are expected to hit the streets in search of deals this Black Friday, compared to 134 million in 2009.

The company claims to have seen twice as much traffic to its site on Black Friday last year than any other day of the year, and it is anticipating another traffic boom this year. 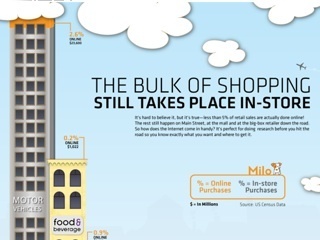 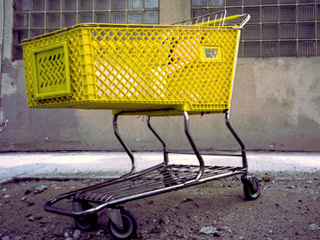