New $7.99 plan offers no DVDs but unlimited streaming of TV shows and movies, equals Hulu Plus

Netflix announced Monday a new subscription plan and a price increase for its two most popular plans, both of which evince an increasing migration of users from watching DVDs to just streaming content online.

The new $7.99 a month plan is the first unlimited streaming-only plan offered by Netflix, meaning that customers can finally choose to watch all their movies and TV shows directly over the Web on their computers or TVs. DVDs cannot be ordered under this plan.

Customers who still enjoy their DVDs, however, won’t be so happy today. Netflix has increased the price of having one or two DVDs out at a time by $1 to $9.99 and $14.99, respectively. As you can see in the chart provided, the price hike gets more and more substantial the more DVDs the customer wants to keep out at a time. For example, keeping three DVDs out only costs $3 more, but keeping eight DVDs out costs $8 more.

Remarkably, Netflix says it has no plans whatsoever to create a mailed DVD-only plan because its members are watching more streams over the Internet than they are watching DVDs. In fact, the company has likely upped the price of regular DVD plans to give customers a little nudge towards the unlimited streaming plan, which would help cut costs on DVDs and shipping expenses.

Netflix is sure to get more customers purchasing the streaming-only option because the company offers its services on so many devices--from the basics (computer, HDTV) to the more advanced (Wii, cell phones, etc.).

The news comes less than a week after Hulu trimmed $2 off its $9.99 premium Hulu Plus plan, which would have made the service a dollar cheaper than the cheapest Netflix plan. But now, both Hulu and Netflix offer unlimited streaming subscriptions at $7.99 per month. With a rumored $300 million Hulu IPO imminent, the race is on to attract and secure the most online video customers. 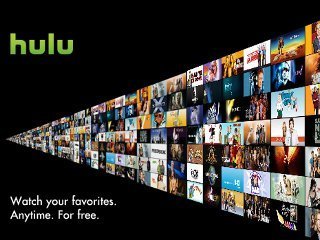 Hulu projected to raise up to $300M in IPO