Hulu projected to raise up to $300M in IPO

Rumors are swirling about Hulu’s imminent IPO.  Today’s rumor is that Hulu is gearing up to raise as much as much as $300 million in an initial public offering likely to be led by Morgan Stanley, according to unnamed insiders who spoke to Reuters.  The $200 million to $300 million deal would value Hulu at some $2 billion, and one source said that the company may file a prospectus with the U.S. Securities and Exchange Commission before the end of the year.

The move would come amid an escalating battle in the online video sphere with major competitors like Netflix and Amazon, both of which are now offering online options for TV viewing.

The unnamed sources said that the decision will likely be made by November for an IPO that would take place some time within the first quarter of 2011. The New York Times first reported on the impending IPO back in August and similarly valued Hulu at $2 billion.  In May, Hulu reported making $100 million in revenue last year, and said that it was on track to pass that mark by the middle of 2010.

In a move that was likely made to help beef up its revenues for this year, the company announced in June that it would be offering a premium subscription service called Hulu Plus for $9.99 a month.  The service gives customers access to full seasons of TV shows on a number of different devices, including the iPad, iPhone 3GS, iPhone 4, and the third generation iPod Touch.  The service is also available on Samsung Internet-connected TVs and Blu-ray players.

The online video market is expected to reach $16.1 billion through paid and ad-supported services by 2010, according to ABI Research. Hulu, which got its start offering free ad-supported video content, generates 566 million ad views, which is more than any other video site on the Internet, according to comScore.

According to a recent report from comScore, Hulu ranks in at number two in the top Web video sites, with 1,174,844 videos viewed in the month of May.  The company came in behind Google sites, which—wielding the YouTube billy club—had 33,950,891 videos viewed in May.  Hulu was followed by Microsoft sites, Vevo, Viacom Digital, Yahoo sites, CBS Interactive, Turner Network, Fox Interactive Media, and Facebook.com.

Hulu ranked lower in the number of unique viewers, with 43,541 in May, compared to Google’s 144,550.  But a change to comScore’s metholody the following month suddenly revealed that Hulu’s viewership is much lower than previously thought, dropping to 24,001 in June, while Google remained the same.  Given this halved figure, some have wondered about Hulu’s future and how well the company’s IPO would fare in the current IPO climate.

Launched in 2007, Hulu was founded as a joint project by The News Corporation, the Walt Disney Company, NBC Universal, and the private equity firm Providence Equity Partners. 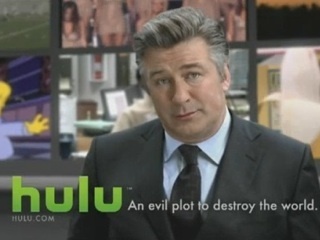 *Someone* is fueling Hulu IPO rumors