Angel investor Esther Dyson joined the Amplify event via Skype Thursday and spoke with journalist Cathy Brooks.  Interesting tidbit about Esther Dyson: she paid $3 million to be the second person to fly to the moon.

After some initial tech problems, Cathy brilliantly improvised to turn the interview into a fireside chat from a laptop.

Cathy kicked off the interview with a question about emerging tech spaces:  "In terms of trends today, let's talk a little bit about what you see as the areas where people should be spending their time."

"There are three areas, I think.  Not health care or health reform, but application services having to do with health, like Microsoft Kinect and Wii-Fit.  We can track music on iTunes, we should be tracking our health. The other two are rich data, data structure.  Search is such a big part of the discussion because search is so monetizable.  But when people search, they don't want a list of websites, they want an answer to their question.  You want to see the data in context, now, not just a ranking of five maps you can go to.  Bing is leading in some of that. "

At one point, Cathy asked Esther if anyone could kill Google.

The third area that Esther discussed was the Internet of "things." "Knowing when the bus or train is coming, being able to call your house to make sure the heat gets turned on before you get home, having a chip in your phone that will remind you not to leave it behind," Esther listed.

The conversation moved onto space travel and Esther's position on the possibility of relocating the earth's population to another planet.

"In the 1400s, people moving to America from Britain...it was like moving to Mars.  You said goodbye to your loved ones, got on a boat, and that was it.  People were taking a one-way trip, but they were looking toward the future," said Esther, explaining that in many ways, that's what space travel will be.  "I'm 60.  I will be happy to take a one-way trip to Mars when I'm 70 or 80."  Space travel or even space tourism is increasingly becoming a reality, said Esther, adding that she will be happy to be among the first to contribute to it.

Among the other spaces (no pun intended) that Esther is investing in include "social filtering" and other kinds of social media, which she discussed in her recent interview with Vator News.  "I'm really impressed with Blekko, which isn't just a social filtering company but does analytics as well... Yahoo just bought Dapper... That's a big and growing field--how to manage and monetize social media."

What is the future of e-commerce and the movement towards mobile payments using a scanned barcode on your mobile device?

"Eventually, standards converge.  If you're a smaller player, you just have to wait, but it will happen eventually.  A bar code will be just like an i.d., and people will be able to do amazing things with it...it might take a little time for that to become standardized.  It will probably happen in Wal-Mart first, and then the rest of the industry will follow," said Esther.

An entrepreneur in the audience asked Esther about her opinion on crowd-sourcing and where its future lies.

"I think crowd-sourcing makes sense in some places, but it's not magic," said Esther.  "I don't think Groupon's margins are sustainable, but its model is."

Esther concluded the interview with some words of wisdom to the entrepreneurs in the room:

"The basic thing is, do what you love, so that even if you fail, you spent your time doing something you love.  The second is don't be afraid to fail.  It's just a learning experience.  I have a motto: always make new mistakes; don't make the same mistakes twice.  Life isn't infinite, you don't have to be perfect." 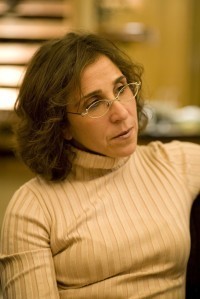 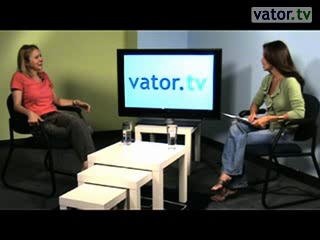 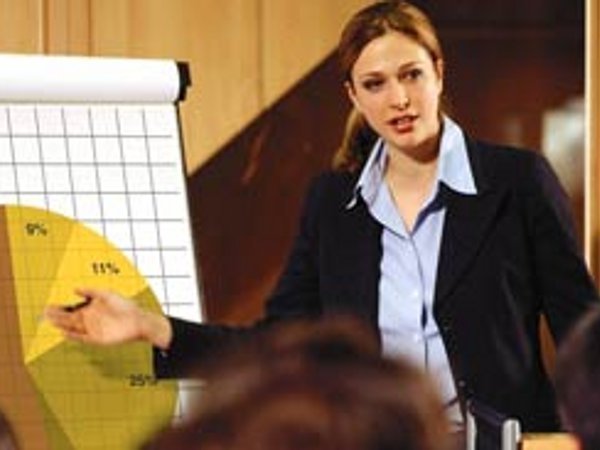