How has the Internet changed the way we behave? In many ways, it's emulating our instinct to mate.

If you ask this question long enough, someone, like Esther Dyson, is sure to come up with an observation that's not often raised.

"What really fascinates me is the evolution, sex, genetics... life produces itself and spreads genes," Dyson expounded, in one of our many interviews on VatorNews. In this segment, Dyson shares her thoughts on how society is changing their behavior online. "We have our intense urge to spread our genes. You're seeing the same thing, but with information. People have this intense desire to be everywhere. It's the same urge to be ubiquitous and present."

Dyson was responding to my question about the side-effect of Twitter, and the constant updating it's ushering in. (See Vator.tv's announcement of its new micro-blogging product)

We also touched on how the Internet is changing the way 5-year-olds will interact once they become adults.

"One of the big changes was back 200 years ago," she said. "Kids hung out with grownups." During those times, children were treated as children in an adult world. "Then 100 years later, there’s a separate children’s world... A different children’s culture." Basically, children, who once spent most of their time with adults started cultivating their own worlds, and just observed adults, she explained.

This has all changed today. Children and adults share the same online world, whereby children can be treated with the same respect as an adult.  "Now, a 7-yr-old can play scrabble with a 30-yr old guy or talk biology. You can have a kid lead a World of Warcraft team," she said. At the same time, as children grow up online, adults have become more playful, she added.

I asked Dyson about whether the Internet is far more transparent than we had initially thought, reversing the original conceit of the Web. I based this question on a NYTimes article, which it was written: "When cyber space came a long, it was celebrated as a place to reinvent your identity. You can become someone new. But actually you can’t play with your identity if your audience is always checking on you.”

Dyson disagreed with the post. “It’s a medium for truth, but it’s also a medium for lies,” she said. “I can create a fictitious or enhanced self on MySpace or Facebook, you can argue that that’s really my self, I was just not able to realize it.

“It’s my projection of myself. The Internet is a place to establish a presence. Who’s to say the presence I create – the conceits I invent - are or not the real me anymore than the face I present at cocktail parties.”

The bottom line is that the Internet accentuates the power of people to reinvent themselves.

In this interview, Dyson talks about how the Internet is changing our behavior online.

1) While the Internet has definitely enabled us to interact with more people without having to meet them, one-to-one interaction is even "more valuable than ever," she said. "We were talking about the fact that there’s so many conferences. If online and video conferencing were as good as being in a conference, we wouldn’t have it [offline conferences]." Getting a poke on Facebook just isn't the same as the attention you get when sitting next to someone.

2) As for a big social change, Dyson said the biggest difference is the power shift. "You can operate a business as a single person," she said. "We can speak back to power and companies have to listen to us." Of course, there's still humility in our days, such as going to the airport and getting treated like garbage, she pointed out.

3) Dyson said because of the transparency, there's a lot less hypocrisy, but "people behaving badly" is more accepted. It's a "pity," she said. "It would be nice to have good behavior to aspire to."4) The NYTimes article said: "Ambient intimacy can seem like modern narcissism taken to a metabolic extreme." I asked Dyson if there was going to be a backlash? She said there will be. "People have different levels of tolerance. It’s all these things have kind of benign level, and addictive and excessive level… because they’re so cheap… it’s pretty easy to get addicted to Twitter. It’s not easy to get addicted to caviar."

5) Who's going to be the next Bill Gates? I asked. "I don’t think you’ll see the industry as centralized and monolithic in the age of Bill Gates. Certainly, there are Mark Zuckerberg, Sergey and Larry, Google isn’t the end of history. Maybe Anne and Linda will be the next… [referring to the two founders of 23andMe, of which Dyson is an investor and board member). There will always be iconic figures. But the center of interest may be healthcare or elsewhere beyond the Internet... It’s no longer white boys from Iowa or white boys from Harvard.” 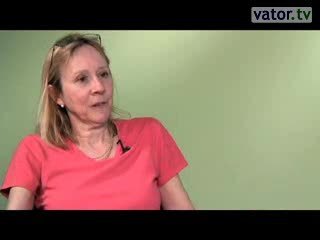