With probably well over 500 million active members, Facebook can’t stop scaling. When the company chose Prinevile, Oregon as the site for its first tailor-fitted data center, the site had 350 million users. And that was only in January of this year.

“This project continues Facebook’s strategy of moving from leased data centers to owned facilities that are customized to be more cost-effective and efficient,” said Barry Schnitt, a Facebook spokesman.

Here are some other megalithic Facebook milestones to chew on: half of the site’s active members log on in any given day, people spend over 700 billion minutes on the site each month, and they’re spending that time sharing more than 30 billion pieces of content (Web links, news stories, blog posts, notes, photo albums). That is a lot of data (understatement of the year?).

Because of the high employment rate in Rutherford County--14.5 percent, versus 9.6 percent for the entire nation--county officials and citizens alike are thrilled by Facebook’s decision. The 18-month building phase will require 250 construction and mechanical workers and the completed data center will employ 35-45 full-time and contract workers. The county has a population of about 63,000.

“This is a shining example of the public and private sectors working together to create new opportunities for North Carolina communities,” said Lt. Governor Walter Dalton, a native of Rutherford County.  “When it comes to this growing field and so many others, North Carolina is open for business.”

Facebook will invest about $450 million in the new facility and will receive approximately $17 million in local subsidies and tax breaks over 10 years. 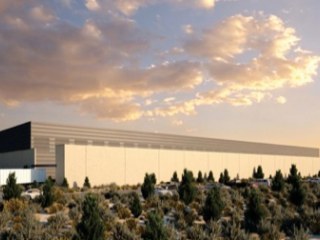