Social networking giant building its business for the long term

Facebook announced on Thursday it intends to build its own data center in Prineville, Oregon.

The main reason for such a decision is due to the social networks explosive growth and the large costs to support such a massive Website.  Facebook has 350 million users worldwide and continues to grow.  On top of that Facebook allows its users to upload all sorts of media including photos and videos - this can get expensive.

Although Facebook isn't disclosing the price of the data center, the project is estimated to cost $188.2 million according to records obtained from Crook County, reports The Bulletin.

"As our user base continued to grow and we developed Facebook into a much richer service, we reached the point where it was more efficient to lease entire buildings on our own. We are now ready to build our own," said Jonathan Heiliger, VP of technical operations at Facebook.

Some may be wondering why Facebook has chosen to build in Oregon.  The state offers lower tax fees, less expensive power and other incentives.  Amazon and Google both have data centers in Oregon.

The company said the new facility would be environmentally friendly and have lower energy costs.  On its blog it listed out details about the upcoming technologies which include:

* Airside economizer: The facility will be cooled by simply bringing in colder air from the outside. This feature will operate for between 60 percent and 70 percent of the year. The remainder of the year requires the use of the evaporative cooling system to meet temperature and humidity requirements.

* Re-use of server heat: A portion of the excess heat created by the computer servers will be captured and used to heat office space in the facility during the colder months.

* Proprietary Uninterruptible Power Supply (UPS) technology: All data centers must have an uninterruptible power supply to continuously provide power to servers. The Prineville data center will use a new, patent-pending UPS system that reduces electricity usage by as much as 12 percent.

Heiliger added, "The new data center will help us by adding more computing and storage capacity, which we expect to help us deliver a faster, more reliable experience worldwide. This is just one step along the way in building a business for the long term and dedicating resources to scale our site to support our users, developers and advertisers."

Facebook has raised a total of $716 million in funding. 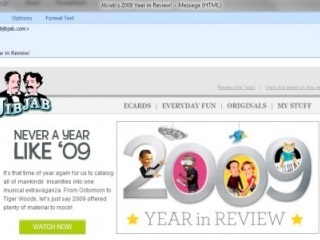