Games are big money right now. But most of it is going to social games.

Migg33 raised $8.9 million this week, for mobile social games, Rocket Ninja raised $3.5 million for 3-D social games on Facebook, and Aurora Feint got $3 million. And this just represents those social gaming companies that raised their funds in the last month. Not to mention the funds given out to companies helping these games to monetize.

Other forms of games need some loving too, and Gazillion Entertainment just got a great big hug. The makers of online MMORPG's raised $60 million, with capital coming from Temasek Holdings. Temasek Holdings is a Singapore-based private equity firm, which seems to have a specific interest in entertainment based companies. Temasek Holdings also has investments in Bharti Airtel, and Indian telecom company, Tudou, a Chinese video site, and a China-based online gaming firm 9You.

San Mateo-based Gazillion, which only left stealth mode in March of 2009, but has been around since 2005,  currently holds a license to make a Marvel themed MMORPG, and expects to release two titles under that license, one for adults and one for children. The license will last 10 years, but is hardly exclusive, since in September, Marvel teamed up with Smith & Tinker to make iPhone and Facebook games for the same franchise. Gazillion is also the maker of the Lego Universe MMORPG, as well as Jumpgate Evolution.

For those not familiar with an MMORPG, or massively mulitplayer online role playing game, they are an interactive fantasy game environment, where players are able to complete missions and interact with other live players, usually on their  PC.

While there are a variety of free MMORPG's on the market, paid games like World of Warcraft, which recently hit a paying user milestone of 12 million monthly paid users, will present the biggest challenge for the companies newest product, since they are both working off of well established franchises.

Gazillion was not available for comment at this time. 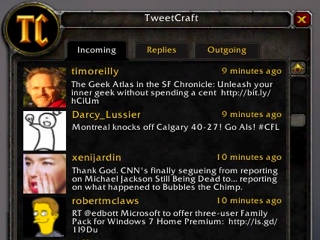