NexTag, a website for comparing online product prices and reviews, announced Monday that it has acquired deals site NextCoupons.com. Terms of the deal were not disclosed.

The purchase, which the company says is just the latest in a series of acquisition efforts, will mostly serve to bring the NextCoupons team into NexTag. (The similarity of the company's names is, as far as we know, purely coincidental, but probably convenient for branding purposes.)

NextCoupons scours the Web for online coupons and deal promotions from hundreds of retailers. Users can

search for said deals by key word or category. With a browser extension called Coupmark, users can also receive the latest coupons from the retailers of their choice or in selected categories.

While NextCoupons crawls the Web, retailers who want their deals posted immediately can submit coupons and promotion codes on their own. They even see statistics for previously posted deals.

On NexTag, users can search millions of products from thousands of sellers, so bringing coupons and deal promotions into the mix is a no-brainer.

How exactly NexTag will integrate NextCoupons is not exactly clear at the moment, but the deal certainly comes at an interesting time. Just last week, Facebook entered the increasingly crowded deals market, joining the likes of Groupon, Foursquare and Yelp.

Last time we covered NexTag, back in July, the company had just bought product recommendation research engine Wize to bring more reviews to NexTag. Wize retained all of its employees and offices, as part of that deal. We’ve contacted NexTag to find out if NextCoupons.com will remain online, but have not yet received a response. 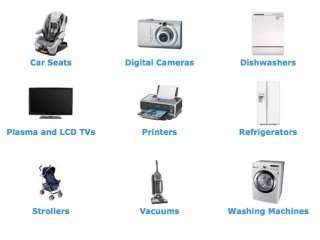