The company's controversial microfinance program for U.S. businesses gets a $1M boost

Kiva.org, a micro-lending site that allows Web users from anywhere in the world to loan to entrepreneurs in developing countries, has been hailed as a new, innovative kind of philanthropy—one that promotes self-sufficiency and dignity.  Recently, Kiva faced heavy criticism when it expanded its platform to facilitate microloans to U.S. entrepreneurs (the site has raised more than $1 million for U.S. entrepreneurs since June), a move that the company justified on the basis that the recession was making it difficult for entrepreneurs to raise funds.  The company announced Wednesday that it is partnering with Visa to expand this program, and to get the gears moving, Visa is contributing $1 million to the micro-lending site.

The announcement coincides with the recent addition of ACCION Texas-Louisiana to Kiva’s list of field partners, which will allow Web users to contribute microloans as little as $25 to entrepreneurs in the gulf region who have been affected by the string of natural disasters that have wiped out businesses and the communities in which they operated.

The U.S. program has not been without its opponents, who have argued that U.S. entrepreneurs should not be put on the same micro-lending platform as third world entrepreneurs, as the two represent wildly different definitions of “need.”  A “needy” U.S. entrepreneur is needy in the sense that he/she is having difficulty raising the funds needed to get his/her business off the ground, while a “needy” entrepreneur in Uganda is needy in the sense that he/she must make money to survive, or face death by starvation and disease.

Not only are U.S. entrepreneurs being put into direct competition with third world entrepreneurs for funds, they need more.  A U.S. entrepreneur might only need $7,000 to round out the funding for his/her business to get it up and running, but that $7,000 could power upwards of seven businesses in developing countries.

"Small business growth is crucial to stimulating job creation in the U.S. and small loans make a big difference," said Kiva president, Premal Shah, in the company’s press release. "We see this partnership with Visa as a meaningful opportunity to empower small business owners and help revive the U.S. economy, starting with a region in urgent need."

It makes plenty of sense to offer a microfinance program for U.S. entrepreneurs given the current state of the economy, and I have no doubt that Kiva’s efforts represent an earnest attempt to improve living conditions for the U.S.’s poor while boosting the economy.  It’s a great idea, but I think the company is going about it the wrong way.

First of all, U.S. entrepreneurs should not be put on the same micro-lending platform as third world entrepreneurs.  It creates unfair and imbalanced competition.  The U.S. program should be an entirely different branch-off program altogether, complete with its own website (which I think is justifiable purely on the basis of exchange rate, as microloans have different values and meanings in third world countries versus developed countries).

Secondly, the U.S. program should have more focus (the gulf region, for example, and individuals who have been affected by natural disasters or other circumstances beyond their control).  Currently, anyone in the U.S. can apply for a loan through Kiva’s field partners, Opportunity Fund and ACCION USA, regardless of need or circumstances.  I spoke with Lauren Kozien, director of communications for ACCION USA, and she confirmed that ACCION does not require applicants to show proof of need.  “We provide help for individuals who would normally be turned down by a regular bank.  Lending has become increasingly exclusive and unless the applicant is coming from an A++ business, they aren’t likely to get financing,” said Kozien.

Again—I have to stress that I think microfinance for small businesses in the U.S. is a great idea, but it does seem somewhat disingenuous to create a program on the basis of combating poverty in the U.S. when applicants don’t actually have to be impoverished.

Personally, I think Kiva would do well to follow the model of Habitat for Humanity, which only considers applicants who demonstrate good credit and live below the poverty line, which is also leveraged by the number of dependents in the household.

In a recent interview, Premal Shah fingered Zynga as a primary competitor, telling reporters that it’s a matter of “competing for people’s attention. That fantasy football player in Canton, Ohio who might play two hours of Farmville at night, how do we get them to think about Uganda?…If building a real farm on Kiva can be as compelling as building a virtual farm on Facebook, then I think we’ve done our jobs really well.”  Competition for attention is precisely the problem with the current state of Kiva’s U.S. program—both for third world entrepreneurs and U.S. entrepreneurs.

The eBay (s) for microfinance 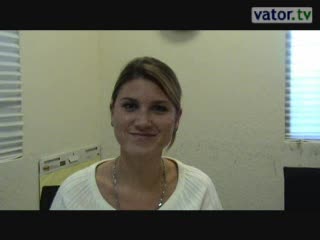 How to launch a startup in a bad economy