The Facebook page management company is backed by IVP, Greycroft, and Bay Partners

Buddy Media, a company that offers a Facebook page management service for other businesses and brands, announced Tuesday the close of an impressive $23 million Series C round led by Institutional Venture Partners (which has funded other major digital brands, such as Netflix, Twitter, and Zynga), with participation from existing investors Softbank Capital, Greycroft Partners, and Bay Partners.  Founded in 2007, this Series C funding brings the company’s total financing to over $33 million.

This investment in Buddy Media is also the first for Institutional Venture Partners’ newly created fund, a $750 million later-stage venture capital and growth equity fund.  According to Buddy Media’s press release, the financing will be used to triple the company’s headcount to 300 employees over the course of the next 18 months.

The Buddy Media Platform provides a comprehensive social media marketing package that allows brands to create, manage, and track their Facebook pages.  The system also allows brands to add interactive features, such as polls, coupons, virtual gifts, and YouTube videos.  Recently, the company added a feature to its social media system that allows brands and agencies to create Facebook pages in a number of different languages.  Previously, the company offered both Facebook and Twitter functionality, but in the company’s latest press release and on its website, it appears to be moving away from Twitter to focus exclusively on Facebook.

“Buddy Media is a big believer in Twitter,” said Buddy Media CEO Michael Lazerow via email.  “But the company is seeing much more demand for Facebook and is focusing much of its resources on Facebook.”

“Buddy Media’s first mover advantage, superior offering and experienced management team are all reasons for their exponential growth and for our investment in the company,” said Steve Harrick, General Partner at Institutional Venture Partners, in a prepared statement.  “In the same way major brands and agencies have invested in web-based software for sales or display advertising, they are now investing in marketing software for the largest two-way communications platform of all time: Facebook. We looked at every company in the space and Buddy Media is the clear leader by a wide margin.”

The company also announced several newly reached milestones, including the company’s software licensing revenue growth of 15% month-over-month in 2010.  Additionally, the company announced, 7 of the top 10 largest global publishers use Buddy Media as their chosen Facebook management system.  Lazerow has declined to release revenue figures, but in June he told interviewers that the company is on track to make $20 million in sales this year.

Over 300 companies now use Buddy Media (up from 100 in early 2010), including Samsung, L’Oreal, The National Hockey League, Johnson & Johnson, Crate & Barrel, Ford Motor Company, and Procter & Gamble, among others. 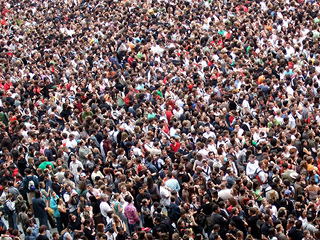