Zynga: Fun and monetization are synonymous

First, a panel; second, a presentation; third, a fireside chat: Dean Takahashi, lead GamesBeat writer for VentureBeat, just spoke on stage at DiscoveryBeat 2010 with Brian Reynolds, chief game designer at Zynga and lead developer of FrontierVille at Zynga East, on the secrets behind game design at one of the world’s hottest social gaming companies.

While the social gaming industry might be fundamentally different to the traditional gaming industry in many ways, it might not be surprising to learn that a successful business will be that one that promises users the most fun.

“They turn out to be synonymous,” responded Reynolds when asked how Zynga balances game design for both fun and monetization.

Reynolds, schooled in the art of Sid Meier game development, worked on games as popular as Civilization II, Rise of Nations, and Sid Meier's Alpha Centauri. The “Sid Meier school,” explained the Zynga chief, involved sprouting an idea as simple as a “game about firemen,” developing a basic version of the game in two weeks (putting out fires, etc.), and then spending at least a year refining and refining and refining toward a final product that offers the best avenue for player-game interaction.

In today’s fast-paced social world, Zynga whittles that process down by issuing new games in less than a year. Social gaming companies have the advantage of being able to iterate on a released game even after it has been released. This iterating, Reynolds says, is directly influenced by all the data Zynga constantly collects about how users interact with its games. He believes it is the “quick feedback loop” between user and game designer that gives Zynga the unique ability to create something fun in a long-lasting way.

As Zynga sees what works, what’s fun for users, the company’s game designers can push in that direction, ignoring aspects that users ignore, and thereby evolve the game to the best interests of users.

The other significant difference between Zynga and traditional gaming companies is the social network underlying the game. If games are about telling a story, Reynolds explains, Zynga has the perhaps unique opportunity of being able to offer users a storyline that they can influence and actually share with friends on their network as another means of sharing. These are not intended to be epic games played for hours in isolation, but rather mini-games played five minutes at a time here and there, resulting in personal expression between a meaningful network of friends and family. 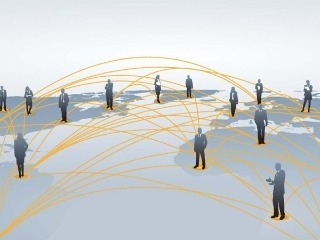 No one has cracked viral on mobile yet 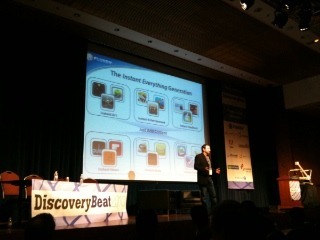 Flurry CEO: The money is in the data