Trio of Age of Empire developers to head Zynga Dallas, another stop on the Zynga acquisition express

Upholding precedent, Zynga will not reconfigure the team or close the studio, which has been renamed Zynga Dallas. Bonfire founders David Rippy, Bill Jackson, and Scott Winsett will remain on board in top-level positions.

Rippy, a gaming industry veteran that helped produce Halo Wars for Xbox 360 and previously served as president and CEO of Bonfire, will now be GM of Zynga Dallas. Jackson, who led the creative direction at Bonfire, continues his role as creative director. And Winsett, art lead on blockbuster titles like Age of Empires, The Rise of Rome Expansion, and Halo Wars, will be Zynga Dallas’ senior art director.

The purchase of Bonfire Studios is just another stepping stone on Zynga’s fiery shopping spree, one that rarely allowed two months to pass before the San Francisco-based company acquired another startup somewhere in the world.

Bonfire was founded in late 2008, following Microsoft’s disbanding of Ensemble Studios, a game developer that since 1995 had churned out all the popular titles in the Age of Empires franchise. The three Bonfire co-founders left Ensemble with years of experience that all but guaranteed their new gaming startup’s success.

Zynga expects Bonfire to build original IP (intellectual property), or games not based on any previous storyline or characters.

One can’t help but be curious about what an all-star cast of game developers of this magnitude could create. Would it be a stretch to hope that a few guys--all of whom had their hand in one of the more popular game franchises of the last two decades--might create something less superficial than the ordinary Zynga product? Games like FarmVille and Mafia Wars may be fun and even addicting, but no one would say that they have much depth to them. At the risk of asking an unfair question, who’s going to make the Super Mario Bros. of social games?

Feel free to share your thoughts in the comments. 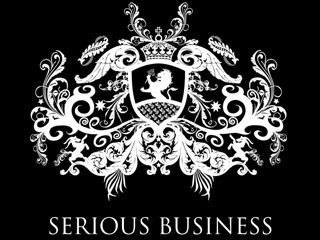 Interview with CEO of Serious Business