Last week, rumors about the Windows Phone 7 launch date were flying all over the place with unchecked eagerness. It will be released on October 21!  Nay--it will be released on October 21 in Europe, but U.S. customers won't get it until November 8!  Turns out, we were all wrong (although it does make me wonder where all of these random dates were coming from... Could the man behind the curtain be a Microsoft PR person?). Microsoft passive-aggressively announced late Sunday the launch of Windows Phone 7 on its Events page as being October 11...which was supposed to be a Windows Phone-unaffiliated event.

In a less passive-aggressive move, Microsoft CEO Steve Ballmer confirmed in an interview with the Wall Street Journal that the Windows Phone 7 operating system for handsets will be officially launched on October 11 at a worldwide launch event at New York City's Microsoft Technology Center. Ballmer believes that the software will compete more aggressively with Apple's iPhone and Google's Android operating systems and will give Microsoft a more "compelling story" in the mobile phone market.

In an even more aggressive move, Microsoft filed a lawsuit on Friday against Motorola, alleging that the phone-maker has infringed on Microsoft's patents in its Android phones. Motorola denies this and has stated that it will fight the lawsuit.

Ballmer, as it turns out, has a bit of a personal stake in Windows Phone 7's success. Earlier this year, Microsoft-designed phone Kin was pulled from the market after only two months after lukewarm reviews and dismal sales. A number of factors were blamed for the phone's failure, but chief among them was the fact that Kin used a hazy, ill-defined operating system that Microsoft described as a "fork in the road of Windows Phone 7." Additionally, the phone didn't allow for games or apps, so it tanked. As a result, Microsoft cut Ballmer's bonus.

So now Ballmer has even more motivation to make Windows Phone 7 a resounding success. In describing how Windows Phone 7 will differ from other platforms, Ballmer remarked to WJS: "The market's still pretty nascent, but at the end of the day, I think the wall-of-icons [on iPhones and Android devices] is getting pretty complicated for people. That doesn't mean people don't want applications, though I'm not sure that's really the way the average person really wants to work. Putting the activities that are most important in people's lives and the people that are most important in people's lives front-and-center through these hubs, I think we're going to capture hopefully the imagination of quite a good number of people."

Ballmer also affirmed that Microsoft is not developing its own handset for use on the Windows Phone 7 operating system. 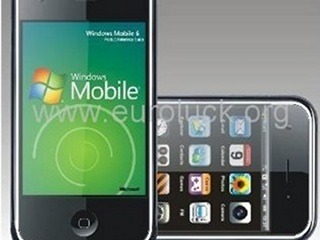 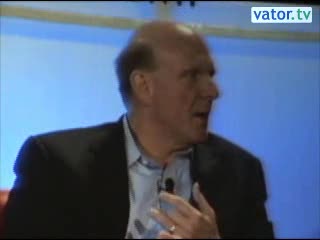