Paid ad Promoted Tweets might be undercut by Twitter's very nature, which lets anyone tweet for free

It has been five-and-a-half months since Twitter unveiled its first stab at monetization in the form of Promoted Tweets, a special kind of tweet that’s paid for by an advertiser to appear in search results on the site. While the uber-popular microblogging site says it does not feel much pressure to show outstanding results this early in the game, many in the tech world have high expectations for the site, which saw its user base balloon in the first half of 2009.

For example, two giant brands that both tested out Promoted Tweets for free in its early stages, Best Buy and PepsiCo, have not been repeat customers.

"It is a totally new and different kind of ad format. There is a lot we still have to learn and think about," says Shiv Singh, head of digital for PepsiCo Beverages. Though Twitter hasn’t been ruled out as a potential powerful space for advertising, PepsiCo still sees it as an experimental space.

One cannot help but wonder whether Twitter itself, by its very nature, is undercutting its own advertising efforts. That is, in creating an open space where anybody--including companies, brands, etc.--can create a free profile to interact with their customer base and even potential future customers, has Twitter made it hard on itself to now try selling special branded tweets?

Twitter still has to prove that Promoted Tweets, which now sell for around $100,000, are actually worth that much more than a regular tweet. While they do receive some analytics tools when purchasing Promoted Tweets, marketers say they would still like more options for targeting.

Significantly, we still haven’t reached what Twitter in April called the next “phase” of their advertising strategy, like the placing of paid tweets directly in the user’s stream, an update that could add a good deal of value to Promoted Tweets.

Facebook, in contrast, has not yet experimented with a model that places advertising anywhere in the stream or search results, preferring to relegate the paid text and images to their traditional space in the side of the browser space.

In spite of it all, the official Twitter statement is that their ad strategy is doing just fine. An average of 5% of Twitter users that see Promoted Tweets interact with them, according to COO Dick Costolo. Additionally, almost 80% of Promoted Tweets customers are return buyers.

All the same, Twitter advertising is still very much in its infancy and, as a result, we won’t really be sure of its successes and shortcomings until it has spent more time in the wild.

(Note: Twitter COO Dick Costolo will be speaking at VatorSplash this Thursday). 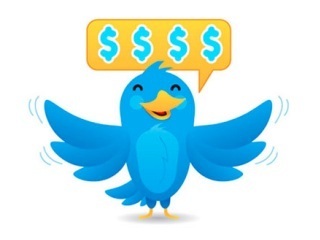