The video rental giant files for bankruptcy with plans to restructure

Blockbuster is still fighting to stay in the game, showing Netflix and Redbox that it’s not intimidated by their fancy low prices or convenient mail and kiosk delivery channels.  But the video rental giant’s glory days are over, and the company is losing steam.  Blockbuster announced Thursday that it is filing for bankruptcy, listing a debt of $1.46 billion and assets of $1.02 billion.

For those who like to visit their local Blockbuster, don't worry. It plans to keep its 3,000 U.S. stores open.

But what's important to note here is that these rise-and-fall stories always present a cautionary tale to businesses. It's yours to win, and yours to lose. The process is always the same: Disruption; domination; obsolescence.

Now we may be premature in calling the death of Blockbuster. The “pre-arranged” Chapter 11 filing is intended to allow the company to recapitalize its balance sheet and cut its debt down to $100 million.  In the company’s statement, it claims to have reached an agreement with bondholders on a reorganization plan and has received a $125 million “debtor-in-possession” loan from its senior noteholders to finance its new plan of attack.

As part of the restructuring, Blockbuster plans to continue to operate its mail delivery system and vending kiosks.  Blockbuster’s overseas businesses are also scheduled to continue as usual.  The company’s U.S. and international franchises - 15% of its stores are franchise owend - were not included in the Chapter 11 filing.

Blockbuster, which trades under the ticker [BLOKA], is confident that when it reemerges from bankruptcy, it will have a new lease on life.  Once it regroups, it will be poised to adapt to the rapidly changing rental market.

“To preserve its three-decade long developed brand value, Blockbuster seeks a restructuring that permits a significant deleveraging of its business so that it can move forward at the digital clip at which its industry and competitors are currently running,” said Jeffery Stegenga, the company’s restructuring officer, in a court filing.

Which translates to: Blockbuster is finding more and more that it’s the slow, fat kid in P.E. and once it catches its breath, it’ll meet the other guys at the finish line.

The Chapter 11 filing comes just one month shy of Blockbuster’s 25th anniversary, opening its doors for the first time in Dallas, Texas on October 26, 1985.  At the time of Blockbuster’s opening, the video rental business had seen many lawsuits and court disputes over the legality of video rental and whether or not it amounted to copyright infringement.

In 1984, Congress officially shot down legislation that would’ve given copyright holders sole authority over the rental of prerecorded videos, and the video rental industry flourished.  Later that year, Sony Betamax reached its zenith, with 2.3 million units sold worldwide.

No!  No one remembers Betamax because we’ve all worked really hard to forget it!  Not to go off on a tangent, but I will, despite the fact that no one has watched a Beta tape since 1979, Sony continued to manufacture the Betamax all the way up until 2002.

Is Blockbuster going the way of Beta?  It’s looking like it.  The company filed for bankruptcy because it has failed to adapt quickly enough to the changing video-rental environment.  While Blockbuster was renting new releases for $5 a pop for two days (which was actually more like one day because movies were due back by noon on the second day), Netflix burst onto the scene, giving consumers the option of renting an unlimited number of DVDs a month, with no late fees, for a flat monthly rate.

The only real one-up that Blockbuster has had on Netflix is its immediate availability.  But now that is coming increasingly under pressure as Netflix has become more and more aggressive about obtaining new release titles and major blockbusters for its Watch Now streaming option.

Of course, Blockbuster had an opportunity to buy Netflix back in 2000 for a measly $50 million, but it passed and chose to sign onto a 20-year deal to deliver on-demand movies with Enron Broadband Services.  Teaming up with Enron didn’t work out so well.

And then Redbox swaggered onto the scene in 2004, offering even lower prices and on-the-spot availability.  Of course, Redbox does not have as comprehensive a selection as Blockbuster or Netflix, which is probably the only thing keeping it from completely eclipsing Blockbuster.

These days, competition is coming even more strongly from the digital angle: in early 2008 iTunes began offering movie rentals, and then Amazon got on board in 2009, offering video on demand for TV shows and movies. Most recently, Google has announced its own pay-per-view movie rental service.

In 2010, it was delisted from the New York Stock Exchange after shares bottomed out to a record low.

To be fair, Blockbuster has attempted to adapt, first by eliminating late fees (sort of), and then by reducing its rental prices to rival Redbox. But the cold, hard truth is that it’s drowning.  Today, the company is valued at just $24 million.  And when I think about all the money I’ve paid in late fees over the years, I have no sympathy. 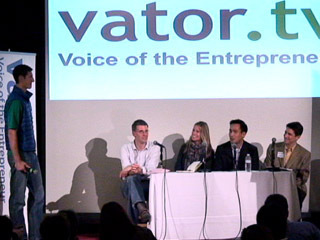 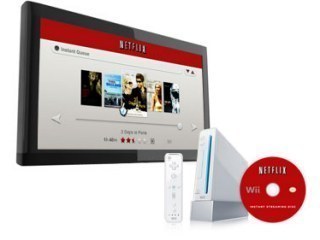 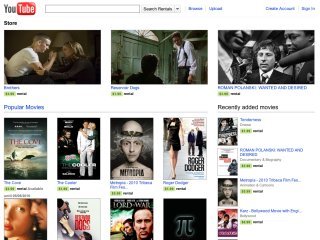 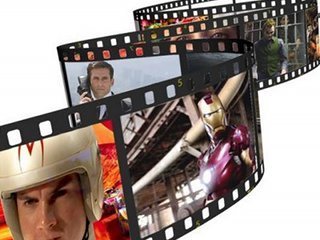