It feels like Christmas morning and Steve Jobs is Santa.

The much anticipated Apple event took place Wednesday morning in San Francisco, California, where Apple CEO Steve Jobs unveiled a new line of iPods, iOS updates, and the belle of the ball: the new Apple TV (which, as it turns out, is not called iTV).

The event kicked off with a few fun facts about the company, including the fact that Apple now has 300 retail stores around the world, activates 230,000 new mobile devices each day, and experiences 200 app downloads per second.

Getting down to brass tacks, Jobs explained that next week the iOS 4.1 download will be released for iPhones and iPod Touches, which will solve a number of glitches, such as performance problems with the iPhone 3GS and the proximity sensor.  In November, the iOS 4.2 update will be released for the iPad, which will bring all of the features of the iPhone to the iPad, including wireless printing.  Additionally, the iOS 4.2 update will feature a revamped version of AirTunes known as AirPlay, which will not only stream audio, but will also stream video and photos via WiFi.

Moving along to the iPods.

First, the iPod shuffle: with 2GB capacity, it looks like a tiny metal square, but brings back the old button controls.  The iPod shuffle comes in five different colors and is priced at $49.

The iPod Nano has also shrunk.  Having done away with the clickwheel in exchange for a multi-touch screen, it is now half the size and weight of earlier Nanos.  It also comes with a clip so users can wear it, and it has a battery life of 24 hours.  With seven colors to choose from, the 8GB nano is priced at $149, and the 16GB version is selling for $179.

Apple is also putting a new social spin on music with the introduction of Ping, an entirely music-focused social network that is built directly into iTunes.  Users can follow artists and friends, and can see what friends are listening to.  The network can be made as public or private as the individual user chooses, so users have the option of allowing anyone to follow them, or they can require approval first.  Users can also buy music directly from a friend’s mention of a song.  Ping will work on the iPhone and the iPod Touch. 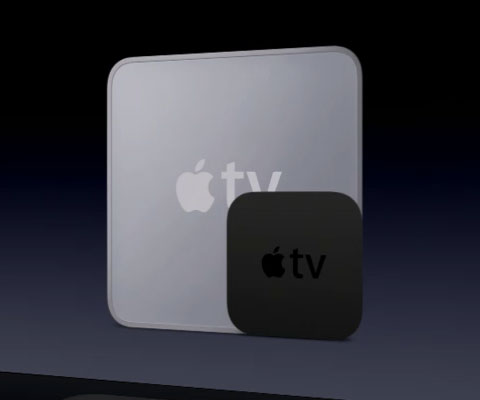 The new Apple TV box is one quarter of the size of the original version and will be available in four weeks.  In confirmation of the rumors that have been swilling around the new Apple TV service, TV shows will be available to rent for 99 cents per episode, but only shows from Fox and ABC will be available, as other studios remain hesitant to jump on the Apple TV bandwagon.  The new Apple TV also includes Netflix streaming and YouTube.  Jobs also mentioned that AirPlay can stream content to the Apple TV, so someone watching a movie on an iOS device like an iPad can simply click a button and continue watching the movie on his or her TV set.  Furthermore, the new Apple TV is significantly cheaper than the older version.  Priced at $99, it’s a whole $200 cheaper, in fact.

To add a closing flourish, the event wrapped up with live music by Coldplay’s Chris Martin. 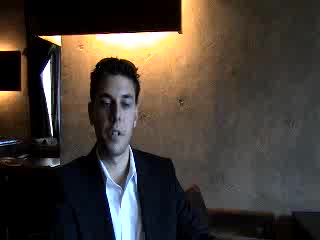