The WSJ just published the billy club for your weekly Microsoft beatdown. Turns out the company quashed internal efforts to boost online privacy in favor of making more money with advertising. Horrible, right? The Microsoft lynch mob is gathering on the Washington border. But before you start practicing your sideswipe, here's an apologia for Redmond.

First, the facts: In 2008, the design team for Internet Explorer had the most advanced privacy protection on the planet worked into a forthcoming browser update. Accepting cookies would be opt-in and all tracking would be blocked using sophisticated detection. It would draw a line in the sand for browsers everywhere and boost online privacy across the board.

Then, Microsoft’s advertising division led by Brian McAndrews, the former CEO of aQuantive that Microsoft had bought for over $6 billion in 2007, caught wind and raised a stink. A really big stink. Balmer assigned two executives to moderate the debate and they convened basically the entire media industry, including the Interactive Advertising Bureau, the Online Publishers' Association and the American Association of Advertising Agencies, for a knock-down drag-out meeting. The secret negotiations and further internal discussions ultimately led to nixing the privacy advancements. What came out was a browser that required consumers to turn on the feature that blocks tracking by websites every single time they open it up (who does that?), and even dropped a feature that would have blocked Web addresses blacklisted by privacy groups for consumer tracking.

Microsoft will inevitably be maligned for this decision. They killed privacy online. But there’s another side to this story.

Ultimately, there are two ways for media companies to make money: sell advertising or sell your voice. The latter means you let sponsorship dollars ooze into editorial decisions. This happens a lot in Silicon Valley, and in most trade organizations because sponsors are willing to pay a heck of a lot more if they get a trusted voice to shill their product under a guise of objectivity.

The other way to make money doesn’t pay as well—no brand wants to be stuck in a “sponsored” box, clearly delineated as a paying advertiser. But that’s better for readers, because it keeps reporters trustworthy.

The problem is, online advertising simply never materialized as the big market everyone was expecting back in 2006. Just ask the New York Times, and the hordes of startups swept up in last year’s Silicon dust bin. For publishers to survive, online advertising needs to be more efficient and lucrative. Without better tracking and targeting, editorial organizations would be even more at the beck and call of their paying sponsors. That bit of browsing privacy lost may have made publishers' voices a little less conflicted. 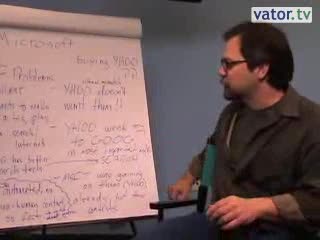 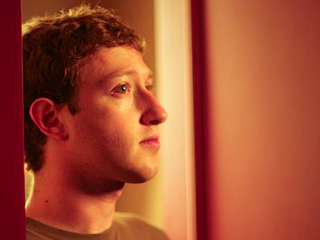