How the concept of emergence has negatively impacted box-office returns

The concept of Emergence continues to surface and become increasingly embraced across different fields, from science to technology. And, now even entertainment.

For those unfamiliar with the concept, Emergence rose out of Complexity Theory, and proposes that new forms arise out of innumerable complex interactions in the system.

Emergence replaces the idea of "grand designs" with empirical observation and iteration. You might call it the "Gee, let's-try-that-and-see-what-happens" approach. We try to put real things in the world and wait and see what actually happens and then adjust.

Iterative methodologies are all about making adjustments along the way. Practitioners base their adjustments on empirical experience over adherence to "grand designs" and "master plans."

Iterative approaches have gained more and more purchase, despite the management fear that such an approach might look or feel more uncertain. Or worse, it may undermine the manifest genius of leadership.

According to Jeffrey Goldsteing, Emergence is "the arising of novel and coherent structures, patterns and properties during the process of self-organization in complex systems."

This process is appearing in the process of making comedic movies. The new school of comedy is not about reading from the "grand design" of the script. It's about Emergence.

I came to realize this connection while on my way to an agile training class. At the time, I was reading an article in the July 5 New Yorker article about Steve Carell, authored by Tad Friend. A main theme is the use of emergence in comedy, even though the word "emergence" is never used once.

The new school of comedy is about improvisation on a concept and waiting to discover what happens and what actually works. It's about the judicial use of improvisation. It's about watching where emergent humor might take you, which can be unexpected and hilarious.

Here are some interesting practical differences: "most directors of un-improvised comedies shoot around five hundred thousand feet of film and edit it down to the eight thousand feet that constitutes a ninety-minute film." Contrast that with the fact that films that take advantage of improv (read: emergent comedy) can routinely shoot up to a million, or 2X to get to the same eight thousand.

In software, this might be akin to refactoring, or more time in the cutting room.

Another concept this approach to comedy relies upon is the use of outside feedback from other comedians. These outsiders offer their ideas on how it might be developed not as planned. This group includes other comedians, most of them from Second City, who chime in and offer input.

Whether or not you believe in the concept of memes, one thing seems clear. The "grand design" approach to creating complex projects appears to be losing at the box office. 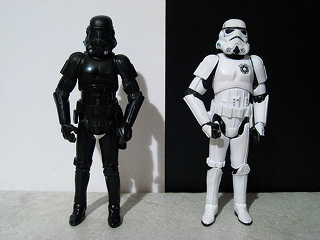 The yin and yang of product and engineering

The principles of product-development flow 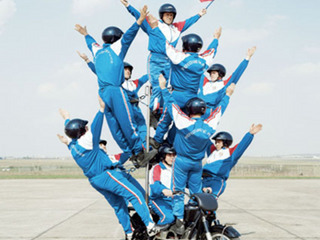 The 17 musts to get a product off the ground