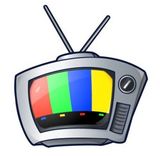 As I look back over the last few months and consider the developers’ conferences for Twitter, Facebook and Google, when taken together with Apple’s iPad / iAd introductions, the first half of this year has been nothing short of breathtaking.

At the I|O Conference last week, Google made it abundantly clear it’s going after Apple (and many others), and that they’re all in for HTML5. It’s also clear Google is all in for TV by officially introducing Google TV. One last thing Google is all-in for is mobile, and announced a new Android OS.

One thing they don’t seem to care much about any more is search. That is, it would be easy to conclude that, since search per se didn’t come up once during the conference.

But it’s easy to see why all the things Google is all-in for plays into their core search strength. Before I elaborate on this point, however, consider some numbers:

So, yeah, it’s easy to see why Google is all about these other things: it all comes back to its core search advertising strengths. The embrace of HTML5 similarly plays to their core strength while also improving the prospects of another key Google priority: YouTube (the boob tube of the 21st century).

A key reason why HTML5 is a darling not only at Google, but also at Apple and Microsoft, is because the as yet un-ratified Web development language supports, among other things, video, graphics and audio. Which means search engine crawlers are now able to index all those bits of web sites that were formerly unindexable (like Flash animations or Flash-enabled video.) Moreover, because these bits can be tagged via HTML5, they can be indexed more accurately.

As search engine optimization pros struggle to understand how to optimize sites for Facebook’s Open Graph, which was announced only a few weeks ago, they must now also contend with migrating to HTML5 – fast. Those that lag might potentially see a diminution in search rank as more nimble sites make the transition faster.

And what about Google TV? First, watch the video. Then, consider all the ways in which Google might use its expertise in marrying just-in-time ads generated from its bidding platform with all the intentions we might express when doing searches (powered by the Android OS and the Chrome browser) via Google TV. Though I imagine they’re going to be more focused on Content Network-type advertising (potentially expanded to enable the just-in-time placement of interstitials in YouTube videos), there will likely also be appropriate ways to include text ads from AdWords.

Users will also be able to visit a favored Web site via Google TV and instantly turn that into a widget displayed on your TV screen, essentially creating a new TV channel that you can tune-in to any time. Add to that all the apps from Google’s app store that will accompany Google TV, and your TV will now go well beyond what your cable provider makes available.

Many of these apps have the potential of bringing social networking components to televised entertainment, such as HitPost, a social app focused on sporting events and which also provides the potential of highly targeted advertising. Advertisers of all stripes will have better targeting capabilities via multiple channels (both literally and figuratively) with much improved measurability.

For brands willing to serve as the early adopters of Google TV advertising opportunities, potentially big rewards – and pitfalls – await. In terms of HTML5, however, that’s a bandwagon all search marketers need to jump on sooner rather than later.  Web developers can get some information from the W3C site, the Standardista Blog and industry leaders are rushing to publish guidelines and materials (follow @HTML5Now on Twitter for regular updates.)