Smartphones are moving up in the world and Apple is riding the tide.

Motorola shipments dropped 29% from the quarter just before, with 8.5 million units sold.

In terms of total ranking, Apple has risen three spots from ninth to sixth and Motorola has slipped two spots from sixth to eighth. Next in ranking for Apple to surpass is RIM, which saw shipments grow by 3.6%

iSuppli calls this swapping of two mobile giants' rankings--Motorola and Apple's--a "changing of the guard" in the mobile industry because it signifies the increasing triumph of smartphones over standard cell phones.

Apple and RIM are unique in that they only sell smartphones. All others carry traditional mobile phones, sometimes in addition to smartphones.

Nokia remains on top, but its market share too has dropped slightly from last quarter's 37.9% to this quarter's 37.4%. 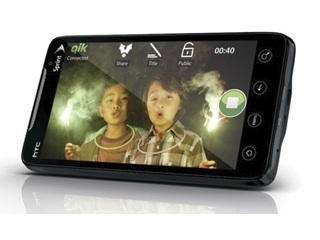