You might want to try some of this koolaid.

As a blogger, I get offered koolaid many times a day. It's the job of PR folks to foment excitement about every new company launched, feature released and milestone reached. There are hordes of startups in the global Silicon Valley, each with a battalion of communications personnel, and not a lot of media companies. That means I'm sopping up koolaid from the floor every time I open my inbox. The smell of it usually makes me throw up a little in my mouth.

That's not the reaction I get to reading excerpts of Tony Hsieh's new book, Delivering Happiness. It's koolaid alright, but there's something different about it--like it's made from natural ingredients. The little I've read I absorbed as attently as I would an off-the-record email from a disgruntled exec at Apple. Not because Tony is revealing juicy yet-unknown tidbits about Zappos history (though that may come as well). Not because he's venting a let-me-say-what-I-really-think rant (the other type of email that catches a blogger's eye). Tony's offering koolaid, and he knows it. Heck, with a title like Delivering Happiness, I half expected to find a review by the Frosty Red Pitcher on the back. But this drink is Tony's own personal recipe, and he believes in it. And yes, it does taste good.

He writes his history with a resolute positivity--it's a type of literature you might call cathartic realism. Unmittigatedly upbeat, not sacchrine. The sugar isn't added; it's innate, built in, extracted from the natural ingredients of his life events. Tony's partnership with Lance Armstrong's LiveStrong campaign is fitting. In both cases, the approach is not spin so much as a decision, unapologetically made, to focus on the important things and find meaning in difficulties. To these two, cynicism is not gritty realism; it's a type of lie.

Tony will be speaking about how he built Zappos' company culture next Thursday, May 13 at Vator Splash in San Francisco before an audience of budding entrepreneurs, investors, and other Valley folk. The first 300 to register will get an advance copy of his new book, which officially comes out June 7. Click here to attend, and in the meantime, enjoy the first drink on us--below is the opening chapter of Delivering Happiness.

Wow, I thought to myself. The room was packed. I was on stage at our all-hands meeting, looking over a crowd of seven hundred Zappos employees who were standing up cheering and clapping. A lot of them even had tears of happiness streaming down their faces.

Forty-eight hours ago, we had announced to the world that Amazon was acquiring us. To the rest of the world, it was all about the money. The headlines from the press said things like “Amazon Buys Zappos for Close to $1 Billion,” “Largest Acquisition in Amazon’s History,” and “What Everyone Made from the Zappos Sale.”

In November 1998, LinkExchange, the company that I’d co-founded, was sold to Microsoft for $265 million after two and a half years. Now, in July 2009, as CEO of Zappos.com, I had just announced that Amazon was acquiring Zappos right after we had celebrated our ten-year anniversary. (The acquisition would officially close a few months later in a stock and cash transaction, with the shares valued at $1.2 billion on the day of closing.) In both scenarios, the deals looked similar: They both worked out to about $100 million per year. From the outside, this looked like history repeating itself, just at a larger scale.

Time stood still during that moment on stage. The unified energy and emotion of everyone in the room was reminiscent of when I’d attended my first rave ten years earlier, where I’d witnessed thousands of people dancing in unison, with everyone feeding off of each other’s energy. Back then, the rave community came together based on their four core values known as PLUR: Peace, Love, Unity, Respect.

At Zappos, we had collectively come up with our own set of ten core values. Those values bonded us together, and were an important part of the path that led us to this moment. Looking over the crowd, I realized that every person took a different path to get here, but our paths somehow all managed to intersect with one another here and now. I realized that for me, the path that got me here began long before Zappos, and long before LinkExchange. I thought about all the different businesses I had been a part of, all the people who had been in my life, and all the adventures I had been on. I thought about mistakes that I had made and lessons that I had learned. I started thinking back to college, then back to high school, then back to middle school, and then back to elementary school.

As all the eyes in the room were on me, I tried to trace back to where my path had begun. In my mind, I was traveling backward in time searching for the answer. Although I was pretty sure I wasn’t dying, my life was flashing before my eyes. I was obsessed with figuring it out, and I knew I had to do it this very moment, before the energy in the room dissipated, before time stopped standing still. I didn’t know why. I just knew I needed to know where my path began.

And then, right before reality returned and time started moving again, I figured it out.

My path began on a worm farm. 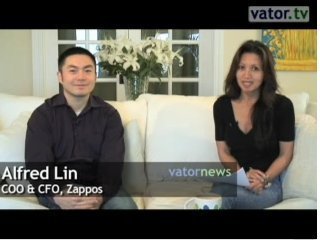