Waze, a social mobile application for crowdsourced GPS navigation, today launched its first-ever BlackBerry app in beta. It is now currently available on the following BlackBerry devices: 8900, 9000, 9630 and 9700.

Number seven on tech evangelist Robert Scoble's top 25 list of hot startups to watch in 2010, Waze provides a unique navigation service in that it draws its power from the crowd. While in use, the application automatically sends anonymous, relevant data back to Waze, like the car's speed and location. Other users can then tap into that database to discover which parts of town or which freeways/highways are experiencing slowdowns from excessive traffic.

Meanwhile, anyone can just use the app for its turn-by-turn voice navigation. If you ever need to access real-time traffic data or other location-specific alerts, it's all right there waiting for you.

As long as many users keep taking advantage of the app, Waze could grow to be an essential tool for drivers.

Remember, this version of Waze for BlackBerry phones is still in beta, so you can expect to see some errors as you go along.

To promote the launch of the BlackBerry app, Waze has kicked off an iPad giveaway. Anyone using the app on their phone can search around for little berries and the user who collects the most wins an iPad. There is one iPad giveaway for the U.S./Canada and one for the rest of the world. 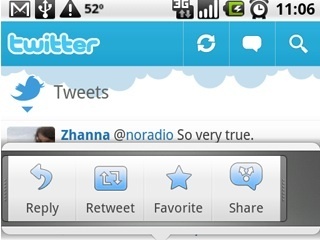