In December, the venture-capital pundits said that in 2010, IPOs would be up and fundraising down in the tech startup world.

However, the exact opposite has turned out to be true for the hottest private tech companies. Facebook, Zynga, Groupon all have closed monster fundraising rounds recently and are in no rush to go public this year. Why? Three letters: DST. Digital Sky Technologies, the Russian investment firm, is pouring hundreds of millions of dollars into hot web companies at valuations and terms that US-based venture capitalists would normally never accept. On Friday, Kim-Mai Cutler explained how the firm structures its deals: it takes no board seats, offers huge sums for tiny slivers of ownership, and doesn’t push for rights normally granted to later-stage investors, rights like the ability to block an IPO or reaping proceeds of an IPO before other investors. The investments have changed venture economics in the short term. Without DST-style infusions of cash, late-stage tech companies in need of capital would be forced to either go public earlier or give up more control to venture capital firms and other investors through the secondary market. The Russian firm has Silicon Valley on its toes, wondering just how long they’ll be able to disrupt the venture landscape. It is not known how much money DST has in its coffers, but it does have deep ties to Russian oligarchs that could presumably keep money flowing into the company for a long time. 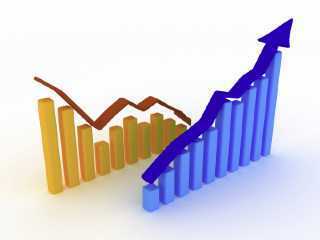 2010 VC outlook: exits up, fundraising down