Want to know more about Jigsaw, the company Salesforce snapped up for $142 million?

This week, the company announced that it was acquired by Salesforce for $142 million in cash and a $14 million earn-out, after raising $18 million in venture capital from El Dorado Ventures, Norwest Venture Partners and Austin Ventures.

Check out Jonathan's post on Jigsaw's company profile on Vator.

It makes all the sense in the world, actually, considering Jim Fowler, Jigsaw's chief executive has frequently said in the past that he "wants to do for data what Salesforce did for software." Additionally, Jigsaw already had a relationship with Salesforce through its Data Fusion product.

VatorNews has been following Jigsaw for some time. For entrepreneurs who want to get more insight about this company and learn what it takes to build a company to an exit, there's information to be gleaned from these segments and interviews. Additionally, you'll note from one of our segments that we were spot on about an acquisition.

Jigsaw seeks to deliver up-to-date and accurate crowd-sourced business data like contact information, in the same way that Wikipedia allows just about any user to contribute to entries. Since its founding, the San Mateo, Ca-based startup has raised a little over $20 million in venture capital from Austin Ventures, El Dorado Ventures and Norwest Venture Partners. “Salesforce.com is excited to bring the data services industry into the era of Cloud 2,” said Marc Benioff, chairman and CEO of  Salesforce. “With Jigsaw, we’ll make it as easy as Wikipedia to source data, as easy as iTunes to buy data and as easy as Facebook to stay updated as the data changes.” "Cloud-based business to business data services" is a $3 billion market, according to Benioff's company.

Will Jigsaw be acquired?

This is where we look at Jigsaw and analyze its prospects on our show Vator Box. Ayden Senkut, angel investor, and Ezra Roizen, digital media investment banker, and myself raised a number of issues. The most spot-on comment came from yours truly when I said, "I think it's a brilliant company. I think they're going to be acquired for a nice sum." Other comments were 1) It's clear they're addressing a key pain point. 2) The big challenges for marketers and business professionals are data mining and getting clean data. Jigsaw is helping to provide reliable data. 3) Jigsaw's information exchange idea is a great one and they nailed the trade-for-trade information model 4) There may be some concerns over privacy as Jigsaw's model allows users to trade in contact information about people who may not want that information publicly available. But privacy concerns are overblown.

This is the interview in which Jim explains what he means by Jigsaw wanting to do for data what Salesforce did for software. According to Jim, "The basic idea is that every company has to use data in order to grow. If you think about back to 1999, every company that needed CRM software, of course the SAAS model has been applied to many different applications, but i think Salesforce was the leader of this. Ten years ago, everyone who wanted a CRM application had to go out and procure and manage the software to run this application. Well today, every company that has to go out and manage the company data such as buy lists. Their sales people have to go out and work within this data to manage within the CRM solution. So what we have is a community of almost a million people that builds and maintains this directory of company contact data. Then we sell not only the raw data but automatically take our database and update, manage and maintain their records on the back end. In essence, getting the companies out of the business and procuring the management of these data records and turn it into a service just like software has been turned into a service.

This interview was from Sep 2009. At the time, Jim said the company had been profitable for the past three quarters and revenue had doubled for the past four years. What's the business model? Jigsaw has several revenue lines. Individuals pay a monthly fee of some $20 a month for access to names. But the big bucks come from corporations paying hundreds of thousands in annual licenses to access Jigsaw's entire database of 15 million records. Jigsaw had nearly 1,000 corporate customers, including IBM,  which mainly use the database for marketing and sales. Another product is Jigsaw's Data Fusion, which cost as little as $10,000 annually. This is Jigsaw's SaaS product that costs roughly $99 per seat per month. Jim also talks about the company's recent partnership with DMB, owner of Hoovers and All Business, as well as how Jim sees the competitive landscape. Jim also discusses Jigsaw's plans to increase its research to enhance its directory business. 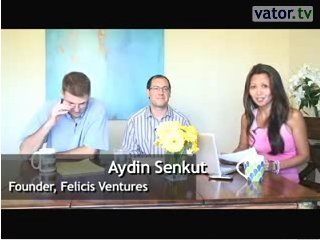 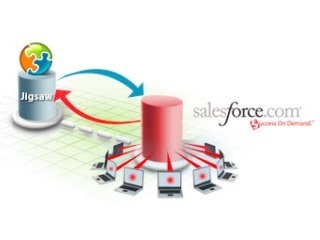