The iPad has been on sale at Apple Stores across the country for less than a week, but the heat has already been turned on for Amazon and Barnes & Noble to push sales of their respective e-book devices, the Kindle and Nook.

We can now be certain that the Nook will be selling at Best Buy probably starting on April 18, thanks to a tipster's photograph showing the device stocked aplenty at one of the retailer's stores. There's' still no word yet on how much the device will sell for, but online it sells for $259 plus free shipping.

As for the Kindle, another tipster photograph of a Target inventory handheld indicates that the Amazon e-reader is already listed electronically in Target's database. Rumor says the device goes on sale April 25, though that hasn't yet been confirmed. Pricing is also yet to be confirmed, but it also sells online for $259 with free shipping.

Coincidentally, Amazon shares rose over 4% on Thursday, indicating that shareholders think highly of the news.

Though the Nook already sells at Barnes & Noble stores, both the Kindle and the Nook will reach a much greater audience by launching at two of the most massive brick-and-mortar retailers in the country. This would be Kindle's first time moving away from online retail, meaning a lot more potential customers will actually get to try and feel the device before purchasing. 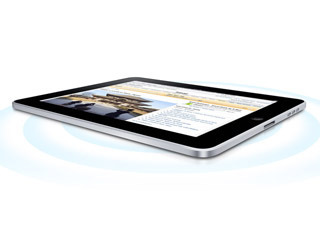