Zombo is a service that seeks to boost visitors’ productivity through visual and auditory stimulation. The company has created a library of psychological techniques commonly practiced in brick-and-mortar doctors’ offices, and uses behavioral targeting technology to serve the right stimuli to the right viewer at the right time. Last year, the company partnered with Google’s AdSense team to tap into its behavioral targeting braintrust.

The companies aren’t giving specifics about plans for Zombo’s technology, but CEO Josh Levine will join the App Market team.  The placement is a bit ironic, given that Zombo has taken some heat from users for not yet launching apps for iPhone or Android. Levine says the company is banking on a deeper integration into the app ecosystem. “Zombo is the antidote to advertising, and as such, it should be integrated into the mobile experience the same way ads are,” Levine said in an interview with VatorNews. “Ad networks like Quattro Wireless and Admob have done a great job harnessing data from people’s social graphs, geolocation and app consumption habits to serve up the most relevant ads. What we want to do with Zombo is leverage that kind of technology to create a motivation network. Stay tuned. At Zombo, the unattainable is unknown.”

The company is independently funded and has been welcoming a steadily growing user base since its founding in 1999. 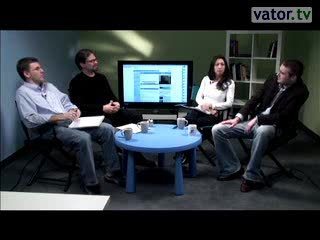