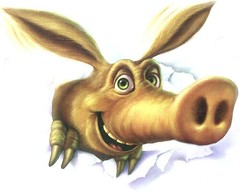 Last week’s announcement of Google’s (relatively small) acquisition of Aardvark, the real-time social Q&A start-up, received a fair amount of buzz. This was on top of the abundant buzz generated by Google’s release of Google Buzz.  Which, of course, follows last year’s buzz about Google Wave.

Though Wave, a social collaboration tool, is kind of uber-geeky and not particularly intuitive, Google Buzz draws on a now well-known metaphor: the news feed.  And while it has generated some early heat around privacy issues, Google Buzz (in its most current form – they’ve been updating it nearly daily in response to user reactions) draws on your Gmail and chat contacts to form an instant social graph.  That graph enables you to stay connected with your contacts in much the same way you would via Facebook or Twitter (or, more accurately, FriendFeed before Facebook acquired it).

Once the collaboration aspects of Wave are refined (and become better understood) and are then married with your Buzz social graph, it’s easy to see how folks might fall in love with all the ways in which you can make things happen whether for work, family events or social occasions.  Add in Aardvark, which lets you ask a question and which instantly calculates what person within your social graph is most capable of expertly answering your question within about 10 minutes, and suddenly you have a social platform many times more powerful and interesting than what’s currently available elsewhere.

So what, you may ask, do Aardvark, Buzz and Wave have to do with search?

First, it’s all about social.  Google sees the rise of social networks including Facebook, and to a lesser extent Twitter, as a challenge to its search hegemony.  After all, if you can get answers to questions, or advice on what to do, or find the information you’re looking for via a trusted social network, that is one less search you do on Google.  Which means one less opportunity for Google to offer up ads.

The other reason, then, is that by building its own social tools into the growing user base for Gmail, Apps and iGoogle, their algorithms will be able to see what sorts of conversations, questions or responses you offer not only through email correspondence or in a collaborative exchange on Wave, but also via Aardvark and, by extension, Facebook and Twitter.  Which represents an opportunity to serve highly targeted, extremely relevant ads in ways that go well beyond the keyword search.

While many consumers chafe at the idea that ads might be targeted to them based on their (presumably private) conversations or collaborative activity, the truth is those ads are likely to be of real service at the exact right moment in time.

Obviously, should this play out as imagined, this is great for Google.  But it’s also great for advertisers.  And, I would argue, it’s good for consumers, too.  While there are very legitimate privacy concerns with the way Buzz was initially rolled out, continuing changes are addressing those concerns.

Before you know it, Aardvark, together with a good Buzz, could find itself riding an awesome Wave.  Which means search marketers have something to look forward to.