Think the Internet will replace cable?

As is the normal way on the Internet, people love to read headlines. Of course, they rarely read the substance of the article behind the headline. They take the headline and run with it as gospel. This is particularly true of internet video and the presumption by many that the internet will be so vast and powerful that its a foregone conclusion that video on the internet will replace traditional television delivery.

Ain't gonna happen.  I can go into depth about it, but my buddy Dan Rayburn does a far better job of it.  He asks the simple question of “How is it the Youtube, with all of Google’s resources, can't solve their buffering problem?” Then he answers much of it.

Now maybe Youtube will fix their buffering problem someday, along with the other issues that Dan addresses, but it wont be easy and it wont be quick.

You can find Dan’s work here. Make sure to also read the comments. He does a good job there as well.

Let me add a couple other thoughts. There are many that think that video over the Internet will “set them free” from having to deal with a small number of big companies (think cable, telco).

If that is what you think, you better think again. There are maybe three companies that can stream to 1mm or more simultaneous users. Google, Limelight and Akamai. And that 1mm simultaneous users isn't just for your content. That is for EVERYONE’s content and they can't get much beyond 2mm without big problems.

More importantly, if you want to stream your content to millions of users at once, its going to cost you an incredible amount of money.

Which leads me to a lesson for all you netizens who are jazzed up about over the top video.  If you really believe the demand is there and your content will command 1mm simultaneous users, it's probably cheaper to pay Directv, Dish Network and Comcast to create a channel for you and let your viewers watch it on TV.

Let that sink in. It's going to be cheaper to have the big traditional cable distributors offer your content to viewers than it will be to reach a large audience on the net. That's for a one-time offering. If you plan on doing it more than once or on a regularly scheduled basic, there is no question it's cheaper to do it this way. And the picture quality will be dramatically better.

In fact, that is probably a great business opportunity for satellite, telco and cable companies. Open up times to bid to offer content over their networks. You want channel 1020 on Directv, it's X dollars per hour minimum or the best price bid. Here is how you provide your content to us. You can buy marketing from us as well. Directv, Dish, Comcast could make a boatload of extra money offering this service.

And I can give you one more option.  It may be cheaper to go to a movie theater chain and pay them to broadcast the content you want people to see via digital to their theaters. As long as its a slow night and they can sell popcorn, I can assure you it will cost you less than a content distribution network would charge to deliver to thousands of viewers.

Maybe someday over the top video will be a realistic alternative to traditional distribution of content, but it's not now and its not this year or next or the next and probably not the year after that.

Cable & TV can save newspapers

VC's bullish on video - just not sure when 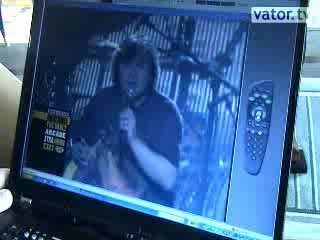 How enhanced programming can save TV, cable