Making a move in preparation for going public, Facebook says it still won't IPO for awhile

In what looks exactly like preparations for going public very soon, Facebook on Tuesday created a dual-class stock structure that will solidify the voting power of co-founder, CEO, and President Mark Zuckerberg and other existing shareholders.

Following in the footsteps of another well-known Silicon Valley giant, Google, Facebook will now consider existing holdings as Class B stock, which will have ten times the voting power of Class A stock. Though Google founders Larry Page and Sergey Brin (back in 2004) only converted their own shares and the shares of a few other directors to Class B stock, Facebook is converting all current shares to the higher level. All future shares will be classified as Class A stock. Should the company go public, which Zuckerberg says will happen eventually, current investors who don't sell their shares would be ensured a higher degree of control.

According to Facebook, however, the company has "no plans" for an IPO "at this time."

Nevertheless, the creation of this new stock structure, which clearly points to plans for a public offering sometime down the road, stirred tech news into a frenzy Tuesday night, with estimations of when to expect an IPO.

Having surpassed 300 million users and declaring itself cash-flow positive in September, Facebook has seen nothing but excellent growth over the past half year. As of last week, Bloomberg reports that Facebook has attained $9.5 billion valuation.

It's no wonder why everyone always wonders when this monster of a social networking company will go public.

But since the company and Zuckerberg have remained consistently tight-lipped of any IPO possibilities, it's still anyone's guess. 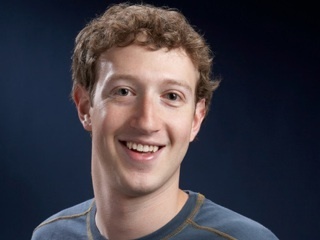