Discount shopping Web sites are hardly new; Amazon has been around for almost 15 years and has reinvented itself time and time again to keep up with the changing landscape.  But, with the recession taking such a strong hold of the American consumer over the past year, you can’t help but wonder how the shopping industry has been able to survive.  But in reality, the recent explosion of a new wave of shopping sites has made it even easier for them to get the goods they want at lower prices than ever before and its only getting better.

Sites like Gilt Groupe, Rue LaLa, Ideeli, and Hautelook have become all the rage, offering new sample sales each day with items at unbelievable discounts often over 70% off retail.  Sales range from women’s clothing to travel to bedding everything in between and are usually broken into sales based on the designer.  Gilt Group offers a variety of sites including a men’s site, a travel site and a couture site and new sites like these are popping up all the time.

However, sites like these tend to have one major downside- sales sell out fast and sizes go quickly.  One thing is for sure, you must look to see what sales are coming up ahead of time and get a reminder sent to you, so you do not miss out on a sale or worse yet- arrive late and not be able to purchase the items you like because they already sold out.  Shopping sites like these have not been hurt by the recession, but are in fact, thriving, often times selling out in the same day.

And now, a new wave of social shopping is about to take over the Internet , combining the power of social networking with e-commerce, called Blastoff.  Retailers spend inordinate sums of money on marketing, advertising, special offers, and promotional fees and in today’s economy these costs are higher than ever before.  By partnering with over 400 major Internet retailers to offer rebates on everything purchased, Blastoff helps these retailers to dramatically reduce their customer acquisition, marketing, and advertising costs.  Merchants then share a portion of their marketing and customer acquisition cost savings with Blastoff members who make purchases in the form of cash back rewards, and with the members who invited them to join, ten degrees worth.

This new social, shopping site allows users to create a home page profile that they can customize and integrate with their other social networking profiles such as, Facebook and Twitter.  Users can then invite their friends to take advantage of the site as well.  This means, users receive cash back for every purchase, from iTunes to airplane tickets, from computers to coffee, and much more.  Additionally, Blastoff gives users the ability to easily compare service plans of all major cell phone companies, Internet and cable providers and receive significant cash back rebates from these items as well.

While Blastoff is the the first site of its kind to launch here in the United States, however not likely to be the only, revolutionizing the social shopping industry forever and possibly changing the landscape for the American consumer yet again. 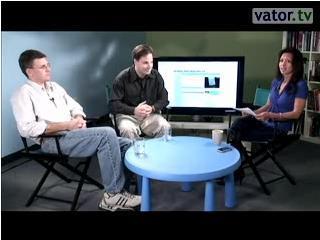