Straight from the Juice Pitcher event in San Francisco, Ca., hosted by Vator.tv and The Funded, here's the list of the first five winning presenters.

These companies were chosen mainly based on peer voting held on the Juice Pitcher competition where more than 130 companies participated and more than 3,000 votes were cast.

Viralogy is based on the idea of "Personal Branding" across the Web.  It refers to itself as the "Alexa for People."  The startup has built a way for users to measure how influential they are on the Internet.  It likes to be thought of as an analytics tool for people, not Web sites.  So instead of trying to measure your specific profile page, say for example, your Twitter profile, Viralogy measures your presence across the entire social Web.  It uses metrics from personal blogs, votes, Twitter, Facebook, LinkedIn, YouTube and Pagerank to score users.  People interested in finding out where their influence stands can use Viralogy to compare and see their rankings against other users.

IDNTITI is a free social rating tool that allows users to add questions and parameters to a questionnaire or feedback form. The startup says this feature allows users to get precise and objective feedback from the entire community of users. In essence, similar to Viralogy, and other services like Rapleaf, IDNTITI is a reputation tracker. Users can invite their communities to rate companies, schools, colleges, restaurants etc and then filter data based on demographics or whatever may be important to that user.  Right now, IDNTITI's product is available as a Facebook Application.  It also offers premium services.

Looking to make money off an unused vehicle sitting in your garage?  Try RelayRides, a peer-to-peer car sharing marketplace. It's like Zipcar with a P2P element. The company, which will start in the Baltimore area first, enables its users to post their cars for rent on its site. The startup says the average person only drives their car for 66 minutes per day, so why not rent it out?  Its infrastructure enables car owners to set their own prices and lengths of rentals, RelayRides takes a 15% cut of transactions.   When a renter borrows a car, gas and insurance are included in the fee. This is good news for RelayRides as insurance can be a significant chunk of its expenses. RelayRides says car owners can turn their vehicles from an expense into a cash machine, with an average profit of approximately $3,550 annually. RelayRides says it hopes its rental prices will be more affordable to alternative carsharing services.

Tribevibe is looking to track and measure the impact of content across the social Web.  The company offers a single place to check out how your content is being seen, shared, linked and talked about.  Still in stealth mode, Tribevibe says it will launch as a free service with its target market being the 10% of Internet users that produce most of the content across the Web.  The startup says more than 3000 people have signed up for its initial alpha program, if interested you can sign up here.

We'll be posting more from Juice Pitcher so check back soon!

DealPair offers you amazing social deals published directly by your local merchants. We help you put money back into your pocket by offering huge savings of 30-85%.

Experience more of the great things in your neighborhood without paying the list price at restaurants, bars, local events, sports, health and fitness, salons and many more!

It’s time to get out and enjoy more for less - socially!

This is SF_BayArea launch to begin with.

RewardMe is a mobile technology that utilizes gaming mechanics to get customers addicted to local stores. With a unique combination of low-cost equipment and mobile software technology, we take the success factors of Farmville and apply it offline to increase repeat customers and referrals for Restaurants.

RewardMe integrates a gaming-mechanics focused loyalty and engagement program that allows local stores to interact with their customers more while incentivizing actions like more visits, referrals, and feedback by giving them points. Users can get points for each purchase and referrals, and can redeem these points for real rewards such as a free drink, free appetizer, or a VIP membership. Stores can grant different points based on when the user checks-in (such as giving double the points during slower hours) and the frequency of check-ins (such as giving them 20% off for the next month if they checked-in 4 times within 30 days). Stores can also grant reoccuring points for successful referrals between two users. This will enable local stores to know exactly how many times their customers buy, refer, and communicate, and create a stronger relationship between businesses and consumers.

The current version of RewardMe utilizes a combination of QR Code Scanning technologies, GPS security verifications, and physical billfolds and card stands that act as our check-in equipment. Users can only check-in as they are paying within the store, which creates actual purchase behaviors. RewardMe has a powerful admin built in for store owners to setup robust check-in, referral, points and reward systems within minutes on their phones and web app. Besides allowing users to get points and rewards, we allow users to check-in and publish their activities on other networks like Facebook, FourSquare, and Yelp.

tribevibe tracks and measures the impact of content across the social web.

tribevibe helps you bang your drum, keep the beat, and see how loud you are.

Cloudmach requires no downloads and no installations. It worksinstantly in the browser, unlike products from Second Life and Imvu.Among other things, this differentiator allows Cloudmach to naturallyintegrate into Facebook and other social networks. Cloudmach offersimmersive 3D graphics that provide a much more realistic environmentthan 2D competitors like Yoville and Pets Society. 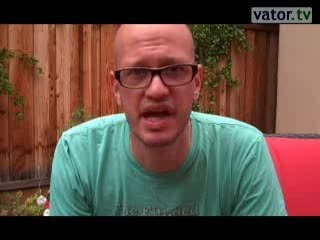 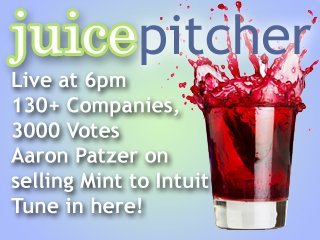