Go Google is not just about clever billboards anymore.

Launched at the beginning of the month, Go Google is an aggressive marketing campaign set up by Google to get more companies to switch from Microsoft and other companies’ enterprise office products to the Mountain View, CA-company’s suite of applications called Google Apps. Google is doing anything they can think of to get people excited about the suite, which includes GMail, Google Docs, Google Sites, and more.

With a keen understanding that many business employees use smartphones for work, Google announced this morning the immediate availability of the Google Apps Connector for BlackBerry Enterprise Server. This connector update means that, for people with corporate BlackBerry phones, users can now access data from the Google Apps suite through built-in applications in the BlackBerry.

Sanmina-SCI was one of the few companies and universities that was selected by Google to test the feature after its first announcement in May. Manesh Patel, CIO of Sanmina-SCI, had only good things to say about the product, detailing how, “with Apps Connector, our BlackBerry mobile users get to use native applications that they are already familiar with and we get to manage them using familiar tools. It's great to combine the benefits of Google Apps like 25GB storage per user and ubiquitous accessibility with the push mail capabilities of BlackBerry.”

Though the push capability for mail is now a feature taken for granted by most smartphone users, this new feature means that GMail allows users to sync, not only whether a message has been read or not, but also information about deletions, archiving, starring, and categorizing via labels and folders. Along with the inclusion calendar synchronization, this upgrade is certain to be cherished by corporate BlackBerry users.

According to the company, over 1.75 million companies have already “gone Google.” This latest feature update for BlackBerry users looks like a good opportunity for Google to attract more businesses so see what the buzz is all about. 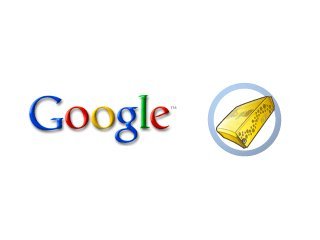