As an "on the move, mobile society", which will we make greater use of in the future?

We are becoming mobile nomads, people who traverse from point to point, rarely staying in one place (home, work, social) for a long period of time. More and more online solutions such as LogMeIn (software to connect to your PC desktop remotely) and Youtube allow us to consume, communicate and work to the same standard as if we were sat at our desks.

It just makes me wonder if the "coffee to go (takeaway)" option is as important to people as staying in a cafe to make use of the free wireless internet.

An article from CNET's Rafe Needleman today discussed how Starbucks Coffee now believes that there must be  "a welcoming environment for all of our customers. We do not have any time limits for being in our stores, and continue to focus on making the Third Place experience for every Starbucks customer" said an official Starbucks statement.

Furthermore Verizon, the biggest US Wireless carrier announced on Thursday during a conference call that "that the company planned to commercially launch LTE (Long Term Evolution)  services in “up to 30 markets” next year that will cover around 100 million people", with initial tests being carried out in Boston and Seattle later this year.

Now, which one is likely to be the most viable solution is all down to how we as consumers and users of facilities begin to decide how we become "truly mobile", using our notebooks, mobile devices and PDA's in parks, public transport, and in airports.

I discussed back in May how mobile computing is "a matter of morale principle as to whether or not you trust companies with your data", and certainly as the offer of a free internet connection on the road, and in a coffee shop becomes "alluring to many", there is always the issue of security of our data. It's whether or not the online market leaders such as Google and Microsoft really invest in feasible and secure solutions to match our needs.

And, which out of the two competing forces (mobile data providers VS coffee shops) truly wants the custom of people using their services when both have compelling arguments as to why it annoys the heck outta them when people use them inappropriately.

For instance, ISP's who provide mobile broadband packages cap your data transfer per month in order to free the network from becoming slow and unresponsive from people downloading large media files. Coffee shops on the other hand simply don't want customers staying for many hours at a time and buying one single coffee whilst using the internet for free.

It's all well and good that Starbucks is allowing it, but the majority of independent chains have scrapped their free internet to prevent this from occurring according to reports by the Independent. But,in this current business climate as we become loyal to brands who do provide the free wi-fi, or are we becoming a society which thrives on using our downtime to it's maximum potential.

Take the airlines as a brief example, until the first test of free Wi-FI on the planes back in 2004, most frequent flyers and business travellers would check their emails and surf the internet beforehand and then have some well deserved "downtime" from work, or extended responsibilities during the flight.

Now, it is the complete opposite most major US carriers now offer free, or paid for internet in the air and in turn takes out the "downtime" from emails, and IM conversations. Although people complain about this, and many made sure that voice conversations via Skype on the airline's internet weren't accessible, people have now become a more productive unit.

I just don't quite believe we are going to become a "laptop, coffee loving world" who ALL flock to one coffee shop and access the internet, watch tons of Youtube videos and download a lot of media and documents, I think that mobile phone carriers are beginning to offer that one stop shop for mobile internet on the go that we can all take advantage of right now.

For example, Verizon for instance have introduced a device called the "Verizon Mi-Fi" which is a portable (fits in your pocket) wireless internet sharing device, which can power all your internet enabled devices with wireless internet for $40 a month.

Now, imagine how consumers are going to start drifting away from being tied to a coffee shop to use the internet, as these devices get even more affordable, and the monthly cost goes down to $10-15 a month, imagine how many of us will be "truly mobile" as we walk through the streets, and travel to "out of reach" destinations which have no physical internet connection.

Take the time now to think carefully about how many of us are now turning to a "no landline" home, and using a mobile phone for all our calls, add Google Voice, Skype and many other mobile solutions and you have just about EVERY possibility catered for.

I mean, what is stopping us from ditching our desktop PC's (or Mac's respectively) right now and switching natively to a full mobile setup, three words mobile phone carriers! These guys had a stranglehold on the market, and they will do so for the foreseeable future. Unlike many other industries these folks certainly are willing to try a thing or two along the way to better accommodate the mobile  user.

Does that mean in 2012 (rough guess) onwards we will be a "mobile force", or will we still be tethered to our landlines, and tangible internet connections?

Personally, I believe that we should already be a truly mobile force, but certain factors such as data and network capacity and infrastructure are really hindering our overall progress!

Nimbuzz is the free call and messaging app for the connected generation.

Nimbuzz combines the powers of the Internet and mobile communications into one, and lets you meet, share and connect with family and friends on any mobile device.

At the heart of Nimbuzz is the live Contact list – an always-on, hyper-connected, dynamic address book, enhanced with “real-time-presence” showing at a glance who’s online, offline, busy or away, their status messages, avatar pictures and social community activity.  From here, users launch free and cheap calls between each other, IM chat sessions, picture sending, chat-room sessions, location based services and various other communication & interactive features.

Nimbuzz users enjoy the freedom of communicating with friends between any internet enabled device, from mobile to mobile, mobile to PC/Mac and vice versa, harnessing the power of the Internet (Wi-Fi, 3G, 2G, GPRS)

With its mobile, Web, Wap and desktop clients, Nimbuzz is available on thousands of the worlds’ most popular devices across all major platforms – Symbian, iPhone, iPod touch, Windows Mobile, Android, BlackBerry, J2ME, as well as Windows and Mac desktop computers.

Gemini MobileTechnologies®, has developed a 3D mobile virtual community platform called eXplo®, where users navigate through a 3D world using an avatar. Users can chat with each other, share photos, shop, play games, access the Web, and watch videos including YouTube. Gemini has launched 3D mobile communities in China with China Unicom called Palm Campus and Japan with SoftBank Mobile  called S!Town. Today, S!Town is available on over 50 handset models.

Gemini launched its own service called Motropolis in the U.S. It's available on the iPhone App Store and for Java users  on the Motropolis website at www.mymotropolis.com. It will be a free service and will earn revenue from in-world advertising and the sale of avatar clothing and accessories. “Advertising” in a 3D world opens up new possibilities for mobile users. Most mobile advertising is WAP-based and ineffective. eXplo creates virtual real estate where advertisers can place billboards that take users to web sites with the click of a button. They can then return to eXplo without having to re-launch the application. Also, eXplo creates an exciting, new medium for mobile-based avatar-based campaigns involving product placement,sponsorship, and virtual games – all centered around the advertiser’s brand. 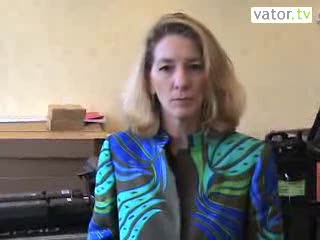 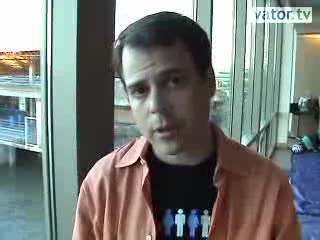 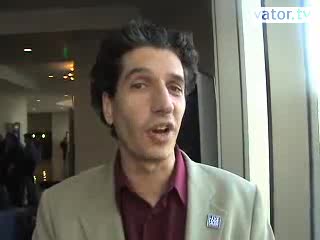