There's a wealth of open API's on the Web now that allow developers to build out new businesses.  Take Facebook for example and all the gaming companies that have been created specifically to build applications for that platform. The same goes for the iPhone, Twitter and so on.

Entrepreneurs are leveraging this social graph to build out successful businesses.

But with this leverage and the on-ramp to a huge platform of users comes some potential risks.

Take Shervin Pishevar's company, the Social Gaming Network, for example.  SGN has built several very successful games across the iPhone and Facebook platforms.  So much to say that Pishevar claims that one in three iPhones and iPod touches have an SGN game installed.

To put into perspective, the company has seen 15 million installs across the iPhone.  These are massive numbers, no doubt. But in order for his users to connect with one another, which in actuality is pretty much why SGN's games appeal to people, they have to connect through their Facebook accounts.

This in turn means SGN does not own its users - Facebook does.

Bambi Francisco, CEO and co-founder of Vator, who moderated a panel at the AlwaysOn Stanford Summit, asked Pishevar how many users end up actually signing up to SGN to create accounts with company, after signing up via Facebook. "What's the convergence," asked Francisco. The numbers in Pishevar's mind were high. "What's high?" she asked.

Another case to look at would be a company like Aardvark.  Aardvark creates a service which allows users to ask a question, and then get that question answered back by someone among their social networks.  The company is leveraging Facebook and other Web email providers.  Aardvark also leverages the Twitter API and allows its users to Tweet questions to Aardvark and get answers Tweeted back.  The startup is clearly built on top of other platforms and at risk of being broken if Twitter or Facebook happens to go down.

Max Ventilla, CEO of Aardvark shared his personal thoughts on this explaining, "if you're going to build on these, it shouldn't be one and only one, your business should be a cross-platform business." Ventilla also suggested that it was inevitable that these platforms would one day ask for rent. To this end, Aardvark uses the Facebook platform to get users in and to leverage the social graph already established. But ultimately, its goal is to push people to create their own profiles with them.

Gerry Campbell's company, Collecta, leverages social networks by allowing its users to watch trending topics unfold in real-time.  Collecta leverages real time streams from Twitter and combines those with what's going on in traditional media.  At the same time, Collecta adds in posts from Twitpic and other services which work in real-time as well.  But Collecta is also at risk because it doesn't own its users or any of the information it collects - it simply, well, collects it.

In the end, there are several risks for all these companies.  Facebook could start charging for its users, Twitter could start charging for its streams, or worst case scenario - these platforms could simply go away.  All the above companies shared the same belief they were prepared for this and that's why for the most part - they've built their products to function across multiple platforms.  But as these platforms continue to seek sustainable business models, it's just a matter of time before they start charging rent. 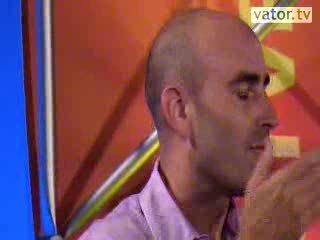