Bing had nearly 50 million unique visitors in the month of June alone, according to stats from Compete.com.

But is Microsoft’s new search engine, Bing going to switch people over from Google or Yahoo as their primary search tool?  Probably not, says J.P. Morgan, which surveyed 763 Internet using adults in the U.S., throughout the month of June.

It comes down to the initial hype of Bing.  Microsoft has raised some major brand awareness in Bing due partly to its $100 million advertising campaign, said Imran Khan, who headed the research.  It was found that 59% of the 763 participants in J.P. Morgan’s survey had heard of Bing.  Of those who had heard of Bing, 42% actually went out and gave it a try.

But it doesn’t look like users are switching over to Bing just yet.  Out of those participants who gave Bing a try, only 39% used it more than five times last month.  Basically about 70% still haven’t changed their search behavior – still sticking to the most used search engine, Google.

What Bing does have going for it though, is its ability to organize search results by relevancy.  Almost 40% of the participants in J.P. Morgan’s survey, chose this as what they felt was Bing’s greatest strength.

Based on the survey, the future of Bing isn’t looking so hot.  J.P. Morgan explains that based on the fact that only 11.4% of respondents believed they would use Bing more than 15 times a month, the impact on Google would be minimized.   Results from the survey show that Microsoft’s market share gains are coming from AOL and Ask.

What does Bing need to do to gain meaningful market share?  J.P. Morgan believes it needs to create a markedly better product, expand its distribution, and invest heavily in content development. 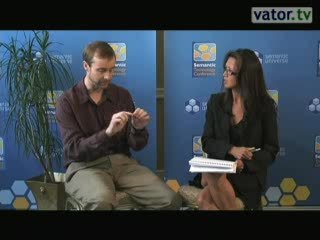 Yahoo vs. WolframAlpha vs. Bing?