What Am I MIssy? Episode 25

Yahoo slims down; You Tube's Journalism school; No one is a visionary

After being bloated with under-performing assets, Yahoo is definitely going on a strict diet. CEO Carol Bartz has been shutting down units left and right. The latest is its video advertising unit, which was created through the acquisition of Maven Networks for 160 million dollars last year. Seems Bartz is sending a message to the world:Yahoo time to slim down.

YouTube launched an online Journalism school of sorts for anyone wanting to learn how to be a reporter. The “YouTube Reporters Center” has tips from CBS Katie Couric, Washington Post’s Bob Woodward, and other top journalists, sharing their wisdom on what it takes to get a good story out or do a good interview. It’s a great idea – a repository of advice and lessons. It is a lot like VatorNews’s library of lessons and advice on how to be an entrepreneur. Do you want to be a great entrepreneur – make sure to watch our “Lessons Learned” channel and hear from the seasoned entrepreneurs.

Speaking of entrepreneur lessons, Vinod Khosla isn’t one to ramble… but he has bumbled. The founder of Khosla Ventures, former VC at blue-chip firm Kleiner Perkins and co-founder of Sun Microsystems – recently received a “visionary award” .His speech was notable – not because it was an impressive three minutes long, but because of the simple truth in it.  No one is a visionary. 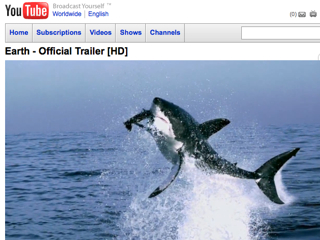