UPDATE: A few days after leaving some regular posts on Twitter, on June 19 Trent Reznor wrote the following: "And **** you, trolls. I'll tweet if I feel like it." Apparently, you can't the social media lover out of this musician after all. END UPDATE. 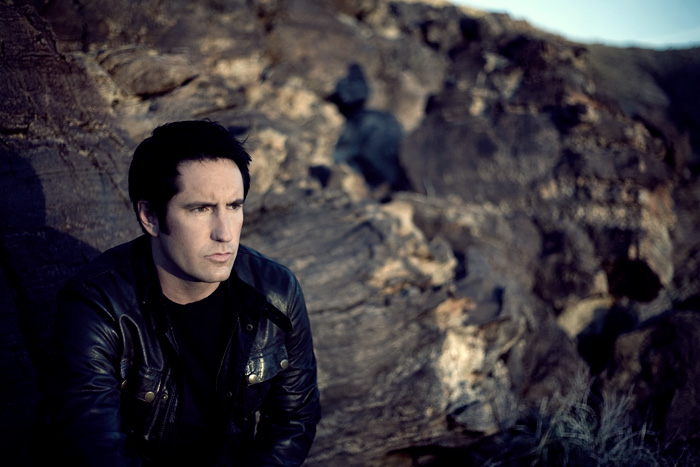 In an online post yesterday on the Nine Inch Nails forums, Trent Reznor, multi-instrumentalist founder and sole permanent member of the industrial rock band announced that he would be ending his presence on popular social media sites, like Twitter.

After an extensive rant detailing how everyday he was faced with reading hateful and racist attacks against himself and his girlfriend, Reznor declared, “I will be tuning out of the social networking sites because at the end of the day it's now doing more harm than good in the bigger picture and the experiment seems to have yielded a result.”

This news comes as some surprise to fans and techies alike, for Reznor is well known for his online innovations—everything from releasing multi-tracks to his songs online (for free) to giving away concert tickets through Twitter. On June 8, he was awarded a Webby Special Achievement Award as Artist of the Year for the unprecedented release of his latest album, The Slip, online at no cost.

Though maybe the most pervasive one, Reznor is far from the only celebrity going online to connect with fans.

In fact, Radiohead is known to be the first to experiment in online album distribution with its famous pay-what-you-want sale of In Rainbows (which is no longer available for download). And recently Coldplay repeated Reznor’s generous giveaway by giving away their latest live CD, Left Right Left Right Left, online for free.

Aside from looking to the Internet for new business strategies, some celebrities—like Reznor—just want to get closer to their fans. On Twitter, basketball star Shaquille O’ Neal and graphic novelist Neil Gaiman update their friends and fans multiple times a day.

But Reznor, who has for a few years now represented the increasing influence of the Internet, may be foreshadowing future problems with celebrities moving online in his falling out with Twitter.

Lamenting the lack of user verification on most online forums, he warns, “we're in a world where the mainstream social networks want any and all people to boost user numbers for the big selloff and are not concerned with the quality of experience.”

With the skyrocketing popularity of online communities like Twitter and Facebook, the relationship between fan and celebrity is already changed. But whether it will create more problems than benefits in the future (or whether Reznor is just taking the trolls too seriously) remains to be seen.