Watunes is more then the "local club"

Just picking up on some commentary Meliza Solan of Vator.tv made about Watunes VS Myspace Music 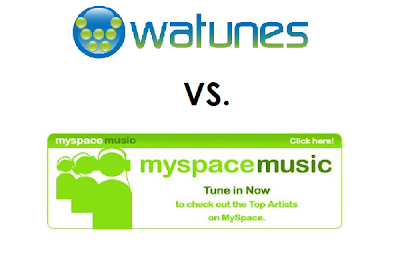 Meliza Solan, star of the hit Vator.tv news podcast "What Am I Missy" released an episode talking all about Watunes.com, against the ever talked about (on Vator at least) Myspace Music, and how these two companies compare.

Although Watunes is small, not new (founded in 2006), here is their first blog post on how Watunes would operate, as opposed to that of Myspace Music, which launched September 2008, but has been supported by a very successful "personal social network", i.e Myspace.com, there are very easy similarities that all the contributors at Vator.tv have agreed on.

Myspace Music stands for the up and coming artist or band, who want exposure to some major record labels for a quick record contract, and a nice paycheck, but as Chris Caceres points out there are an evergrowing "annoying plethora of artists reaching out and trying to connect with random users on the site based on their ‘musical interests", whereas Watunes stands for the unified and supportive approach of assisting the up and coming artist or group with getting anywhere near the big time and not becoming the "profile zone", by providing tools to get onto iTunes, EMusic and Rhapsody, and for one I believe we talk less about how Watunes is the "local club" and more about how the company is becoming part of the new music distribution elite moving forward in the next few years.

See, we talk about how the iTunes store became so successful, and yes we think of things such as the iPod music devices backing it's launch, the fact there was a wide variety of content at great prices, but one thing that disconnects a large majority of that audience looking for the independent music is the overwhelming music label control, and it's certainly become the same with Myspace.com, it's not the place I would ever go to for new upcoming bands and musicians, you see these mentions from bands in print and online interviews at places like NME.com of their Myspace profile, but do these artists truly see the gap that is emerging between being on just the Myspace platform, to being within the iTunes, Emusic and Rhapsody stores themselves.

This is why Watunes is becoming much bigger in itself, we see the independent musician's barrier broken down way further then we could have ever have foreseen years ago, it's combination of commitment and support should give every independent musician no reason to not try them, of course in the article posted recently by  Chris Caceres of Vator, in which he reveals a sneak peak at Watunes new features, we see a dynamic, and resourceful web platform is beginning to emerge, this is something I believe becoming far more outspoken then anything Myspace has accomplished.

The one question being, how does WaTunes turn out in the long run if it stays as the "local club", well for one thing we can be certain you will get the most enriching, filtered and enjoyable experience with new music on Watunes when you engage in a small, engaged environment, whereas with Myspace Music you are trying to be the one who shouts the loudest to be heard ahead of the other Myspace band profiles, but with the further progression of implementing a higher level of collaboration in the independent music space online, will this mean that Myspace Music will try to become more niche and approachable like Watunes to independent artists, or does Watunes consider the fact it may need to accelerate growth in some respects to enable the platform to become more open and involved for bands to become much more in the long run.

Do Watunes believe in longterm or mediumterm success of their artists? How could they approach the way they can encourage independent artists to in part look at the "local club" as the worldwide stage, but keeping it contained perhaps to a more filtered and organized group of fans and followers, and why is it that iTunes and Myspace have perhaps become so mainstream and disconnected from where they stared, that they cannot see how Watunes is strolling right by them and becoming the go-to place for people to use, and benefit greatly from in the long term. 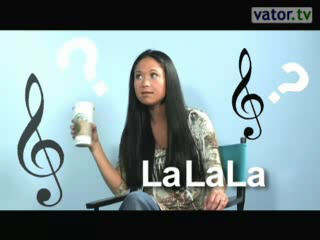 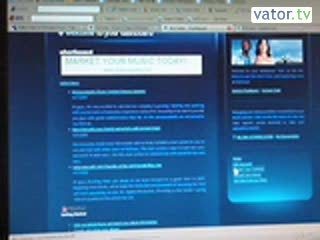