The rise of Internet classes has opened the doors for providers of other Online educational tools.  Just a few weeks ago, I wrote up that Flat World Knowledge, raised $8 million for its open source educational textbooks.

Knewton, a startup that provides Online test preparation tools, has raised $6 million in Series B funding today.  The investment is led by Bessemer Venture Partners and backed by Accel Partners, First Round Capital, and angel investors Reid Hoffman and Peter Stern.

Based in New York City, Knewton was founded in 2008 by Jose Ferreira.  Ferreira has a bit of experience in the test preparation industry, being that he was a former Kaplan executive, and perhaps explaining the similarity between the two companies.

Knewton's technology is based upon an adaptive learning engine, which customizes its educational content to the needs of each student.  Students can prepare for the GMAT, LSAT, SAT and GRE through Newton's services.  Knewton's test preparation tools start at $990 dollars, for its SAT Prep, and go all the way up to $1390 for the GMAT Prep.  Kaplan, which also offers Online test preparation courses, offers its premium Online SAT Prep for only $399, and its premium GMAT Online Prep for $1299.  Knewton offers a money-back guarantee of at least 50 points on the GMAT and at least 5 points on the LSAT.

As for the financing, Knewton plans to accelerate expansion of its services to meet the current demand for its tools and the rapid consumer growth it is seeing in its Online test preparation services.

Knewton, was also a finalist in the 2008 Amazon.com Startup Challenge.  Here's a video about Knewton produced for the event. 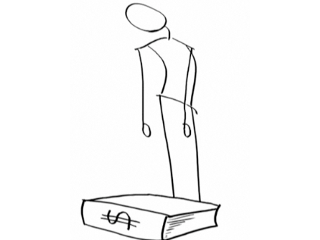