Someone can probably make money in the newspaper biz, just not the current players

Over the weekend, I watched Marc Andreessen interviewed by Charlie Rose. The Internet pioneer was emphatic about what newspapers should do: Shut down. "You have to kill it... the game is up," he said. I'm torn on this topic. On one hand, I still get The New York Times and Wall Street Journal delivered to my doorstep. I enjoy the ritual of reading while sitting back, particularly on Sundays.

That said, I've dropped the Barron's paper years ago from my paper reading Sunday ritual. And, my husband just bought the new Kindle, which I'm sure will be a nice way to read the paper, in the future.

But despite the big problems heard at papers like The New York Times and Tribune, not all papers are operating at a loss, according to Ad Age.

That means, there's still time and perhaps opportunity for the more than 1000 of them out there.

Publicly-owned newspapers averaged an operating profit of nearly 11% between the first and third quarters of last year, Ad Age reported. It's not the 21% operating margins they enjoyed in 2006, but it's not a loss.

Ad Age tried to defend the newspaper industry, by saying the papers would have made a profit - if they weren't burdened with debt.

By looking at what Ad Age provided, it appears some companies would have been profitable, excluding the mounting debt and other sundry costs.

Therefore, someone probably can make money in the newspaper business.

I do agree that someone can make money in the newspaper business. It's just not the current newspaper companies.

From Ad Age: Take a look at Lee Enterprises, which operates papers primarily in midsize markets but reported an $889 million net loss for the 12 months ended Sept. 28. Its loss primarily reflected a huge accounting write-down as the company adjusted its estimated value. It's not that $889 million of cash flowed from the coffers just to make payroll and keep the presses running.

Strip out the accounting charge to look at the real dollars Lee papers collected and spent. Its operating profit for those 12 months topped 20%. That's a better return than Carlos Slim is getting on his 14% loan to The New York Times Co., which finally suspended its dividend payments last week to shore up cash flow.

Lee, moreover, bought itself more time late last week by reaching agreements with lenders to refinance $306 million of debt tied to its 2005 purchase of the St. Louis Post-Dispatch. The publisher of the Southern Illinoisan, a Lee paper, used the occasion to distinguish between Lee's finances and his paper's health, telling readers that the refinancing and related moves "quashes ill-considered speculation that Lee's debt obligations could somehow impair the ability of The Southern Illinoisan to continue serving readers and advertisers."

In a similar fashion, McClatchy is freezing pensions and hunting another $100 million in budget cuts. The company, publisher of papers including the Sacramento Bee and the Fort-Worth Star Telegram, is struggling under more than $2 billion in debt, much of which it assumed in 2006 to buy Knight Ridder -- doubling down on newspapers at a cost of $4.6 billion.

But look past the interest, taxes, depreciation, amortization and charges such as severance; they matter, but they affect the owner's balance sheet more than they reflect newspapers' viability. McClatchy's underlying newspaper portfolio just delivered a 21.5% operating profit margin.

Gannett profits
The country's biggest newspaper publisher, Gannett, is rolling in layoffs and busily writing down its own estimated value. But excluding one-time charges such as severance and write-downs, its newspapers -- from big markets such as Phoenix to small towns such as Ithaca, N.Y. -- produced an 18% operating profit margin last year.

Scripps is trying to decide whether to sell or shut down the Rocky Mountain News in Denver, which lost $16 million in 2008. But its overall newspaper portfolio, perhaps better typified by the Naples Daily News in Florida, last week reported a 2008 operating profit margin of 9.8%.

Even the newspapers owned by Tribune, which entered Chapter 11 last December because it took on too much debt going private, returned a modest 5.4% operating profit in the first three quarters of last year.

The bigger markets, to be sure, are struggling more. "Smaller markets tend to have relatively high margins because you're more of a quasi-monopoly," said Alexia Quadrani, an analyst at J.P. Morgan. "The New York Times is going to have low margins because of its high expense base. The Boston Globe's margins have deteriorated meaningfully in recent years, just because of the ongoing weakness in that marketplace." 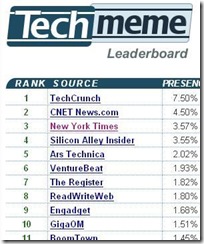 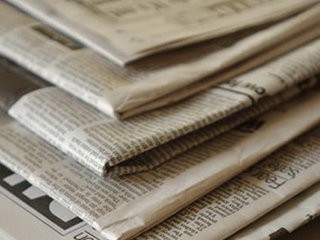