Raise cash ahead of when you need it

Mike Levy has been around the block as one a pioneering online sports entrepreneur. He started SportsLine, one of the leading online sports sites, which was sold to CBS. I wrote about SportsLine's rise and subsequent sale at my prior job at Dow Jones MarketWatch. At the time I was there, MarketWatch was partly owned by CBS, so SportsLine felt like, well - family. There's a lesson to be shared in the SportsLine's sale to CBS, but in this brief interview, Levy shared his three pieces of advice to entrepreneurs.

And, he's applying this to himself as well, now that he's out of retirement and back in the arena.

Today, Levy is at the helm of OPENSports. It's a newer and better sports site, even better than his former creation, said Levy.

1 - Have a great concept that can become really big. It takes just as much time to handle a small project as it does a big one. So, think big

3 - Stay ahead of the game in raising cash. Raise it ahead of when you need it and raise more than what you need.

These are all excellent points. I've heard No. 3 many times. So, it must be true, right? Raise more than you need? Well, not always. Here's my "Lessons learned" interview with Jason Goldberg, who sold Socialmedian to Xing for $4 million, plus an earn-out. Goldberg advises to raise little, and not a lot. In another interview, this time with James Siminoff of Simulscribe, raising a lot of money was a mixed blessing.

As for No. 2, bringing together the right team is probably the No. 1 lesson I hear. Here's a "Lessons learned" from Slide's Max Levchin on the importance on teams.

The evolving role of technology and informatics in healthcare

Once sports fans are done drafting their season long fantasy football teams, they will be compelled to try these two exciting products that will completely transform the way they play fantasy football. Fantasy football players looking for competitive action each and every week – where they no longer have to wait through an entire season to win their fantasy league – will absolutely love these games.

Fantasy Live Challenge - Real-Time. Fantasy. Sports. This is the first-ever live substitution fantasy football game where users make unlimited, real-time roster changes - while games are in progress – during the 1:00pm ET NFL games. Fantasy knowledge combined with fast reaction time will reward users with cash prizes. All Fantasy Live Challenge games run in twenty minutes, so users have multiple chances to win every Sunday afternoon. Check it out for yourself and create or join a Fantasy Live Challenge group today! Check out our video for more about Fantasy Live Challenge | Watch Video (http://www.fantasylive.com/opinion/article/Fantasy-Live-Challenge-strategy-tips)

Fast Draft Challenge - Fast. Cash. Fantasy Games.™ This is a weekly commissioner type game for players who want action every week – and a chance to win cash – without the hard work of managing the same team all season long, especially if that team is losing. Have a live online draft on Friday with your buddies and go heads up on Sunday. Playing is simple. Users manage a team of seven players in a single week of NFL games. They assemble their team either through a live online draft or a salary cap structure. Score the most points and they could win a cash prize. With numerous options for style of play, size, price and prize, users can find a challenge that’s right for them. Get started today and create or join a Fast Draft Challenge group!

Most people dislike checking voicemail, it’s time consuming, clumsy and inefficient. SimulScribe utilizes a proprietary voice recognition system to convert voicemail to text and deliver it via e-mail or SMS. Voicemail transcribed through SimulScribe arrives as an e-mail with the caller’s phone number in the subject line, transcribed voice message in the body of the e-mail and an attached audio file of the original message. The service works with all wireless providers and is currently available to consumers at www.simulscribe.com. Users with SimulScribe accounts can still dial in and listen to voicemail the old way, should they choose. SimulScribe accounts feature unlimited voicemail storage, so users never have to delete their voicemail or worry about callers hearing “sorry this mailbox is full.” There is an online interface where users can log on to manage, READ, listen to and delete voicemail with a single click. SimulScribe’s voice recognition system has over 95 percent transcription accuracy. The service is $9.95 per month for 40 transcribed voicemail messages and $.25 per message thereafter for the rest of the month or $30 per month unlimited. 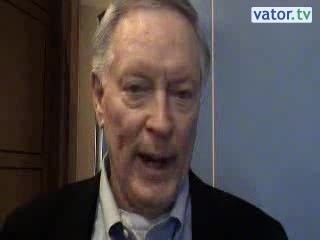