Learn how to apply game mechanics to social media

Last week, I was impressed with a speaker I heard at an event hosted by Startup2Startup, a group of hungry Silicon Valley technology geeks, entrepreneurs, and investors who gather regularly to share ideas and resources.

Amy Jo Kim, co-founder/CEO at ShuffleBrain, a startup building smart games for social networks, described why certain games and social networks have a "fun" and engaging user experience, and how to apply these concepts when building communities and applications. I knew I was in for a treat when she started off by mentioning she’d been involved in the design of social architecture for Rock Band, Family.com, eBay, Adobe, Nokia and more.

Her presentation, entitled “Putting the fun in functional,” was insightful and inspired me to think about the games I like and uncover why. Her slides can be found here.

She began with definitions in her own words. Social media is defined by three things: player-created content, social infrastructure, and tools for sharing. A game is a structure that has rules and goals that make the activity fun.

The reason why games are addictive is they engage us in “flow,” a feeling that we get when we are entertained — not too bored, and not too challenged. The underlying structure is what drives game behavior. And, what’s important for us digital media executives to recognize is that these game mechanics are applicable to social media. When integrated into an online community, the following five game mechanics will increase audience size, engagement, and loyalty.

Humans are natural collectors (think baseball cards and stamps). It gives us a feeling of accomplishment and bragging rights to our friends. An example of a community in which users are trying to collect something is Twitter where the goal is to gain as many followers as possible. When validating users on your platform or application, be sure to give them presentation tools to show off their collections.

Earning points while having fun feels great. Points can be granted by the system or by users. Leaderboards drive healthy competition; Flickr users rate photos with points and Youtube users rate videos with stars. Females in particular are eager to collect points because when they redeem them they feel like they have done something valuable while also being entertained.

Communities revolve around interaction, so users want to be acknowledged and connected. Feedback accelerates mastery and adds enjoyment. For example, Facebook has features including invitations, news feeds, and notifications.

These are structured social interactions of giving and receiving. Think about the way online dating subscribers love giving gifts to their “crush,” or how obsessed eBay sellers are with having perfect feedback from buyers.

Boosting loyalty and engagement, customization is probably best exemplified through Myspace profiles: members who spend hours personalizing their profiles with photos, wallpaper, interests, songs, etc. feel so invested that they are unlikely to go elsewhere and start a new profile. These strong personal expressions—while interesting mainly to its teen and young adult demographic—are an easy way for members to create their own “brand.”

These elements, and the real life examples Amy described, can stimulate ideas for features and functions we can incorporate into our own social networks. My company’s Web site, DivineCaroline, already employs many game mechanics: we give members the ability to show their friends and favorite stories on their profile pages (collecting), rave about articles through an “I liked it” button (feedback), see how many people have commented on their published article (points), email each other (exchange), and send out their own HTML newsletter with articles of their choice (customization).

But there’s a lot more we can do. Have any ideas? 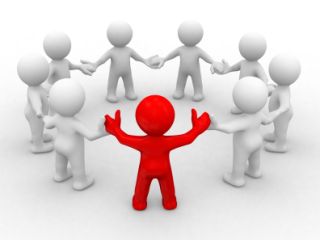 10 tools for listening in social media