ChaCha, a human powered search engine, has secured $11 million out of a $30 million Series C round according to a regulatory filing reported by peHUB yesterday. The investors have not yet been listed.

(Watch ChaCha's founder Scott Jones in the embedded video talk about his search technology. Keep in mind, the video was created in Jan 2007.)

ChaCha launched its mobile answers text service in January of 2008.  What ChaCha offers is real human responses to questions asked via text messages.  The site explains you can ask questions like, "Where is a great Italian restaurant in Manhattan?" and actually get a non-computer, human generated response.

ChaCha's business model follows an SMS advertising model similar to 4Info, which also has raised some cash this year- $20 million.  Both companies deliver targeted advertising to its users via the SMS answers delivered back on their phones from their service.

In fall of 2008, ChaCha announced that it had more than a million users and had answered more than 27 million questions. 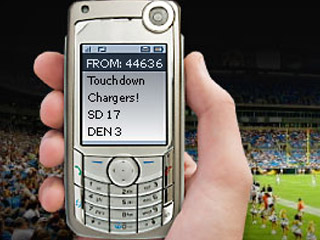